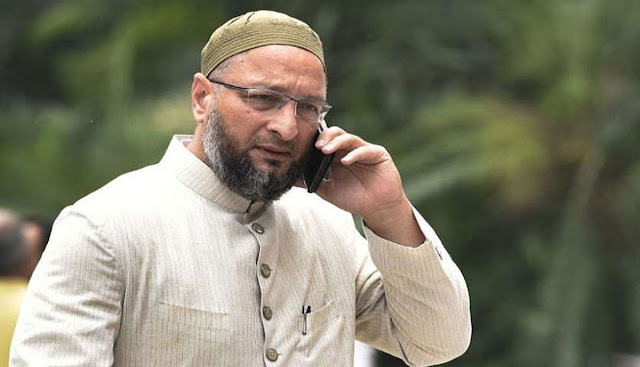 All India Majlis-e-Ittehadul Muslimeen (AIMIM) MP Asaduddin Owaisi has targeted Prime Minister Narendra Modi. Owaisi said, 'The Prime Minister remembers Shah Bano. Do not they remember Tabrez Ansari, Akhalak and Ashek Khan? Do not they remember that their minister had lost the killers of Alimuddin Ansari? If someone is commenting on 'drain', why do not you give reservation to Muslims? There is no Muslim MP from your party. Who is keeping them behind? There is a difference between you, their thoughts and ideas. Narasimha Rao was responsible for demolition of the Babri Masjid, he could not do anything despite being the Prime Minister. Now PM is Narendra Modi, who wants to work on his ideology. '

Explain that, in protest against the Opposition, the government introduced a bill in the Lok Sabha on Friday to impose an immediate ban on three divorces and to make the practice a punishable offense under the Indian Penal Code. Opposition has alleged that it will harm Muslim families and this bill is discriminatory. As soon as the Union Law and Justice Minister Ravi Shankar Prasad presented a Muslim woman (marriage rights protection) Bill, 2019 in the Lok Sabha to ban three divorces, the opposition members demanded that all the MPs of political parties Broad discussion should be done

186 MPs voted in favor of the bill, while 74 MPs voted against it. Union Minister Ravi Shankar Prasad while presenting this, said that people have elected the government to make the law and it is their duty to do so. He also said that MPs should not become judges. Prasad said, "This law is for giving justice to the victims of three divorced women. According to the information, after 547 cases, 543 cases of three taluks came to light. Of these, 229 surfaced after the verdict of the Supreme Court (declare the practice unconstitutional) and only 31 cases have come up after the ordinance was issued on this issue.

Majlis-e-Ittehadul Muslimeen (MIM) president Asaduddin Owaisi demanded division of vote during the presentation. Owaisi said that if a man leaves his wife under the Hindu Marriage Act, then it is a one-year jail. He wanted to know why such a provision is being made that Muslim men will be given three years' sentence in this crime. He said that he wants to know why.

He also said, 'Bill violates Article 14 (Parity) and 15 (against discrimination on the basis of religion, race, race, gender etc.). The top court immediately declared three taluks to be zero, which means that the marriage does not end with such a declaration. The woman's husband has to stay in jail for three years to immediately pronounce three taluks. This will burden the woman. '
Tags:
India Latest