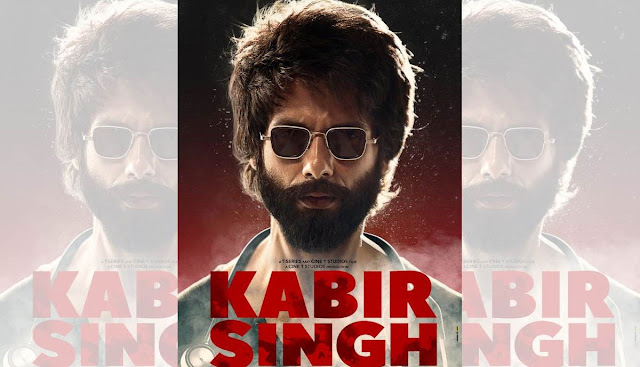 Kabir Singh Box Office Collection Day 5: Shahid Kapoor's film 'Kabir Singh' has joined the club of 100 crores. The smoke earning of this film has also been on the fifth day i.e., on 25th June. Kabir Singh Box Office Collection, which started its box office at 20.21 crores, proved to be the second highest opening movie of the year after 'Bharat'. According to the website of 'Box Office India', Shahid Kapoor's film 'Kabir Singh' has earned Rs 16 crore on Tuesday, June 25. With its strong performance, the film has crossed the figure of 104 crores so far.

Shahid Kapoor's film Kabir Singh Box Office has broken the record of other films while performing his strong performance in cinema. Although the film has not received much better reviews than the reviewers. Shahid Kapoor and Kiara Advani's movie 'Kabir Singh' is the Hindi remake of South Block's blockbuster movie 'Arjun Reddy'. This film, directed in Hindi, is also directed by Sandip Reddy Vanga. At the box office, Arjun Reddy had earned Rs 51 crores and its budget was Rs 4-5 crores.


Let's say actor Shahid Kapoor plays the character of 'Saiffire Aashiqu' in this movie. After breaking his heart, he goes on a path to ruin himself. The story of this movie is similar to the Telugu movie 'Arjun Reddy'.
Tags:
Entertainment