pushp news September 10, 2019
Baldev Kumar- Atrocities on minorities in Pakistan are not hidden from anyone. Whether it talks about Sindh or Balochistan, every country in the world knows this truth well. Now troubled by these atrocities, former MLA Baldev Kumar has also sought refuge from India. Surprisingly, Baldev himself is the leader of Pakistan Tehreek-e-Insaf, the party of Pakistan Prime Minister Imran Khan. He has also been an MLA from Barikot reserved seat in Khyber Pakhtunkhwa province. 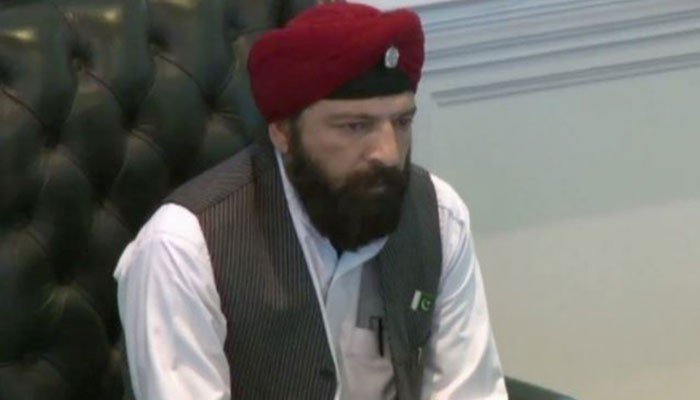 Muslim is not even safe
Baldev Kumar said in a conversation with the news agency ANI that not only the minorities but also the Muslims there (Pakistan) are not safe. We have been in Pakistan amidst many troubles. I request the Government of India to give me shelter here. I will not go back.
Atrocities on Hindus and Sikhs increased
Baldev has come to India to save himself and his family. He is currently in Khanna in the state of Punjab. He says that minorities in Pakistan are living in a climate of fear. Baldev himself once used to raise the voice of minorities in the Khyberpakhtunkhwa Assembly and today he himself has run away from saving his life. He says that he had high expectations from Imran Khan. But as soon as he came to power, the situation got worse. Atrocities against Hindus and Sikhs have increased during his tenure.

India came on a visa
Baldev Kumar arrived in India on 12 August on a three-month visa. He sent his family to Khanna only a few months ago to relatives in Ludhiana, Punjab. He no longer wants to go back to Pakistan. He says that minority communities are being persecuted in Pakistan. At the same time Hindu and Sikh leaders are also being killed there, that is why they too will soon apply for asylum in India.
Living in a rented house
Baldev married Khanna, a resident of Khanna in Punjab in 2007, when he was a councilor in Pakistan and later became an MLA. He is currently living in a two-room rented house in Samrala Marg Town in Khanna. His wife is still an Indian, while his two children Sam (10) and Riya (11) are Pakistani nationals. His daughter Riya is undergoing treatment for Thalassemia.
Spent two years in prison
Baldev also had to spend two years in jail in Pakistan. In 2016, an MLA from his constituency was killed. In this case, Baldev was falsely accused and put in jail. He was acquitted in 2018. According to Pakistan's law, after the death of an MLA, the candidate who stays second is made an MLA.
But Baldev was released at a time when there was only two days left for the term of the Assembly to end. After being acquitted in this case, Baldev was also administered the oath but he remained in the legislative position for only 36 hours. Baldev says that he had expectations from Imran Khan that he would build a new Pakistan but he has failed to protect his people, especially the minorities.
Tags:
Breaking News India Latest