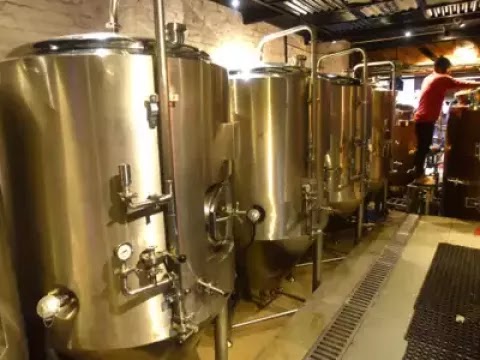 Beer ATM: The first ATM (microbrewery) has opened in Connaught Place. Fresh beer shop with a completely new style and new flavor have been opened here. The special thing is that the beer here is made from wheat and barley. There is no chemical mixture of any kind. Not only this, there are many flavors of beer available to the people, including home boon Jaggery, Orange, Chocolate Flavor.
A fresh beer ATM has been opened in the M block at Outer Circle in Connaught Place. It is open from the afternoon at 1 pm tonight at 1 pm. The proposal to open a beer ATM was approved in 2017 by the Delhi government cabinet. But there were many obstacles in implementing this proposal. The biggest hurdle master-plan 2021, there was no provision to install such microbrewery. Therefore, the DDA board changed the master-plan and allowed it in September 2018, and the action started thereafter.
According to the Excise Department, two microbreweries have been licensed, with the first one opened at Connaught Place. Under this scheme, fresh breweries with a 500-liter capacity micro water brewery will also have to be installed in hotels, restaurants, and clubs for fresh beer. In the capital Delhi, beer is not available in the shops after 10 pm, but the lovers of drinking beer will be available here till one night.

Explain that the Delhi government has prepared this scheme on the lines of Gurgaon and Bangalore. The biggest hurdle in implementing this scheme was only about Landuse. After the approval of this provision, the Excise Department has set the rules for this. Those who will have 650 feet of space to open it, but will have to take NOC from Delhi Pollution Control (DPCC) Committee for this