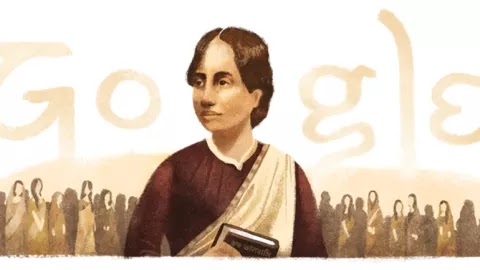 Kamini Roy doodle: Google today dedicated its doodle to Bengali poetess, activist, and educationist Kamini Roy. Born on October 12, 1864, in the Bakerganj district of Bengal (now part of Bangladesh), Kamini Roy is today 155th birth anniversary. Kamini Roy, who is dedicated to women's rights, is the first woman in India to have graduated in British India. Born into an elite family, Roy's brother had been the mayor of Kolkata and his sister was a Physician from Nepal's royal family.
In the Indian subcontinent, she advocated for women's rights and their studies at a time when many ill-practices were present in society. You can also understand Kamini Roy's versatility that he was interested in mathematics since childhood, but he grew in Sanskrit. She did her BA Honors in 1886 from Bethune College in Kolkata and then started teaching there.
Became a part of nationalist movements, dedicated to women
It was in college that he met another student, Abla Bose. Abla was interested in women's education and working for widows. Impressed by them, Kamini Roy also decided to devote her life to women's rights. Ilbert Bill was also supported by Kamini Roy. The Ilbert Bill was introduced in 1883 during the tenure of Viceroy Lord Ripon, under which Indian judges were also empowered to hear cases in which European citizens were involved. This was opposed by the European community, but Indians started agitating in its support

Campaign for women to vote
After the death of her husband Kedarnath Roy in 1909, she joined the Bang Mahila Samiti and became fully devoted to women's issues. Kamini Roy through her poems had created awareness among women. Not only this, she then ran a long campaign to give women the right to vote in the erstwhile Bengal. Finally, women were given the right to vote in the 1926 general election. He died in 1933.