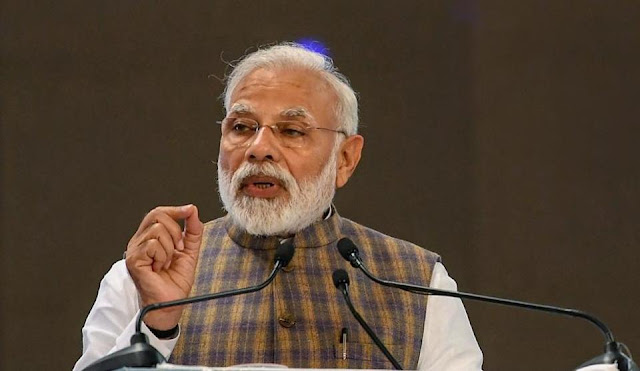 PM Modi to Address Two Rallies in Haryana: Star campaigners of the major parties will also give strength to prepare the ground for the Haryana Assembly elections. Prime Minister Narendra Modi will address the Vijay Sankalp rally in Hisar and Sonipat's village Mohana on Friday.

As per the schedule, PM Modi will arrive in Hisar Sector 14 to address the rally at 2 pm. He will garner public support for the BJP candidates in the ten assemblies of Hisar, Jind, and Fatehabad. To handle law and order, 13 Superintendents of Police and two DSPs along with 13 duty magistrates have been appointed.

Routes towards Sector 14 have been diverted to save the general public from trouble. On the other hand, PM Narendra Modi will reach the rally site on October 18 in the grain market of village Mohana and will stay for two hours. The four-hour route has been diverted on the Sonepat-Gohana route regarding the rally.


Duty of 1700 police personnel including nine SPs, 22 DSPs have been deployed for security. On October 19, the Prime Minister will address a rally in the grain market of Mallec, Ellenabad light village. Apart from this, he will hold a public meeting for 9 Assembly seats in South Haryana including Rewari and Gurugram district at Huda Maidan in Rewari.