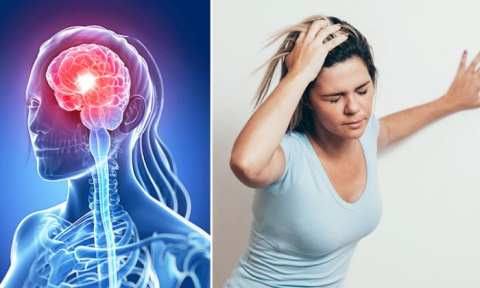 World Stroke Day is celebrated worldwide on 29 October. Its aim is to spread awareness about the growing patient of this disease and its severity so that people know about the disease and find ways to avoid it. Stroke, also called paralysis in simple terms, is a disease in which the patient's mouth is slanted, hands and feet become lifeless, tongue starts to wobble or sound is completely lost. If this happens, if the treatment is not received in time, the results can be fatal.

Stroke is an emergency condition. If the stroke is identified early and given treatment, then the affected people can lead a normal life as an effective treatment exists. However, it is very important to recognize the symptoms of stroke and take them to the hospital immediately. If treatment starts within the first four and a half hours of showing symptoms, then major damage can be avoided. The sooner the clot removal medicine is given, the better the results will be.
Do not ignore these symptoms
Stroke, sometimes called a brain attack, occurs when there is a blockage in the blood reaching the brain. When this happens, the brain cells start dying because they cannot get the oxygen and nutrition they need to work. According to doctors, the symptoms of the brain stroke are not like heart attack symptoms, but it depends on which part of your brain is affecting the symptoms. Stroke is associated with the abrupt functioning of any body function. In such a situation, the easiest and necessary rule is that you take quick action - body balance, eyes, face, hands, manner of speaking, if you feel any difficulty at all then contact the doctor immediately.

Also, read this How to lose weight fast? try a Japanese diet plan

The latest figures which have come out show that every 1 minute 3 Indians, ie every 20 seconds, 1 Indian is suffering from brain stroke and this figure is increasing rapidly. At this rate every year 1.5 million Indians are suffering from brain stroke and 90% of these patients are unable to reach the hospital on time. After the age of 55, 1 in every 6 men and 1 in 5 women are at increased risk of brain stroke. Brain stroke has 3 conditions - you can either die, or you can recover and live a normal life or depend on others for a lifetime.
Too much sugar-salt is also the reason for stroke
If you are a diabetic patient, cholesterol is increased, hypertension ie high blood pressure patient and suffering from obesity, then all these problems do not just point towards heart disease but can also be the biggest cause of stroke. People who eat high amounts of refined oil, sugar, salt, and fried foods are also at greater risk of stroke. Although stroke can happen to anyone, it is more common in men, but 50 percent of those who die from it are women

Also, read this If you are unable to exercise and dieting, then reduce weight by these tricks
Tags:
Health