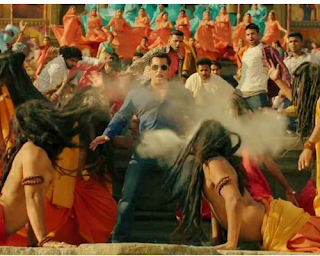 After the launch of the song 'Hud Hud Dabang' of Salman Khan's film 'Dabangg 3', it is now in controversies and hence there is a demand for a ban on the film. While #BoycottDabangg3 is trending on Twitter on one side, Salman's fans are tweeting for #AwaitingDabangg3 on the other side, because they are eagerly waiting for this film.

It is clear that the fans have been divided into two camps on this film of Salman on Twitter. Actually, Salman is seen dancing with some sadhus in this song, which the Hindu Janajagruti Society says that due to this, the religious sentiments of Hindus have been hurt. The committee has objected to that scene of the song, so they have appealed to the Central Board of Film Certification not to give the film a certificate and ban its release. On the other hand, true fans of Salman are eagerly waiting for this film and they are putting their talk on Twitter with the hashtag of # AwaitingDabangg3. Look ahead, who is saying what.

In the film, Sages have been depicted as dancing with @BeingSalmanKhan in a hideous and objectionable manner on the bank of a river. Some Sages are shown playing guitar in a western style. pic.twitter.com/QxUOZaCJRW
— Renuka Valanju (@renukavalanju) November 29, 2019

If someone is opposing this film by saying 'Insult to saintly saints, no one will tolerate Hindustan', then someone says, 'Any films that hurt Hindus or their feelings should be Boycott'. 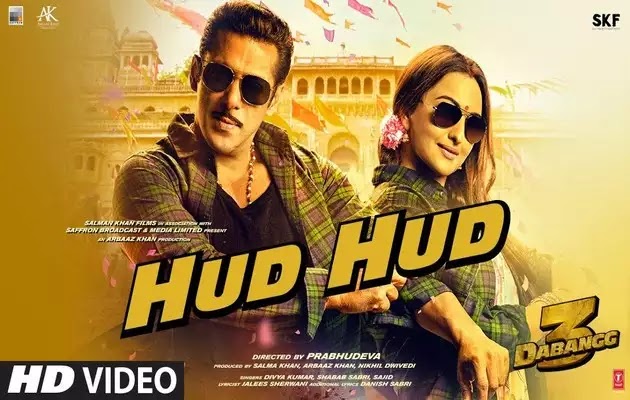 On Twitter, #BoycottDabangg3 immediately started trending with the hashtag of Salman's supporters #AwaitingDabangg3. One wrote, 'He made the trend BoycottBajrangiBhaijaan and the film grossed 300 crores. He got the trend BoycottTigerZindaHai and it turned out to be the highest-grossing film. He also runs BoycottSalmanKhan and is one of the biggest stars in the country. '

One has shared a picture of Salman, in which he is seen bowing to a monk. With this picture, he wrote the caption, 'Photos speak equally to a thousand words'. He always respects every religion. ('Dabangg 3' # BoycottDabangg3 versus # AwaitingDabangg3:)

They trended BoycottBajrangiBhaijaan, it crossed 300cr.

They trended BoycottTigerZindaHai, it became his highest Grosser.