pushp news November 18, 2019
National Epilepsy Day: National Epilepsy Day is celebrated every year on 18 November. Doctors believe epilepsy is a common neurological disorder, but hundreds of people suffering from epilepsy become socially excluded due to misconceptions associated with the disease. There is a lack of awareness among people about this disease. Learn about the myths, symptoms, and prevention of illness related to Mercy… 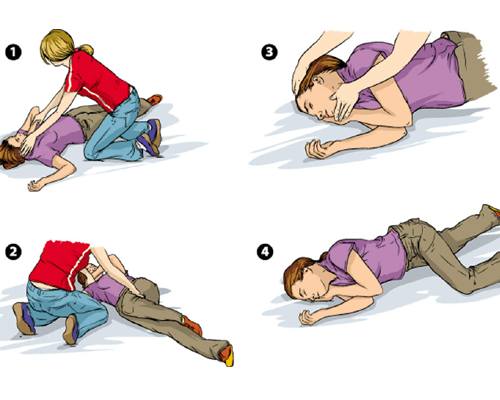 Epilepsy occurs due to contaminated water and food

Neurologist Dr. Muneshwar Suryavanshi says that 16 percent of the total epilepsy patients worldwide are in India. Headache is a common cause of epilepsy worldwide, while in India, a major cause is a neurocysticercosis, a parasitic disease of the nervous system. It accounts for up to 30 percent of epilepsy in the Indian subcontinent. Dr. RK Garg said that epilepsy is caused by a worm called tapeworm, which enters the body due to dirty water or contaminated food. From there it reaches the brain by mixing in blood and the person starts having epileptic seizures.


50 percent of patients can recover from surgery: National Epilepsy Day

Neurologist Dr. Praveen Sharma said that about 1.25 crore people in the country are suffering from epilepsy. Of these, about 50% of the patients are those who can undergo surgery. Only 30% of the patients are fit for surgery after examination and diagnosis. There are many patients, who do not get epilepsy control even after giving a combination of many medicines. Such patients can get rid of epilepsy through surgery.

Myths related to epilepsy and their reality

1. Epilepsy is not cured. Treatment of epilepsy is possible. Roughly 80–85 percent of patients recover from medication. The rest also recover from surgery.

2. Drugs have huge side effects. Epilepsy medications have some side-effects, such as lethargy, excessive sleepiness, mental slowness, weight gain, etc., but these problems are not greater than the disease. Doctors also change medicine if needed.

3. It is insanity. Epilepsy is not madness at all. It is a neuro-related disease whose patient can lead a normal life if given the right treatment.

Also, Read this Know, is it necessary to drink water in the morning for weight loss?

Keep these things in mind during an attack - National Epilepsy Day

In case of an attack, make the patient lie on a safe place - loosen clothes, keep in open air and do not crowd around - keep a soft cloth under the head, do not put anything in the mouth of the patient during the attack

Here's how to protect