Pagalpanti Review: Read this review before watching the film, Hard earned money will be saved 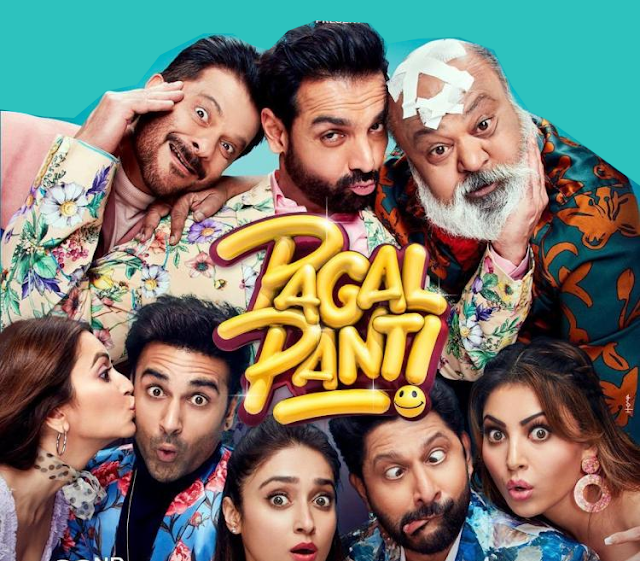 Pagalpanti Review: Director Anees Bazmee's film Pagalpanti has been released. A half-dozen star-filled lunatics have not been able to make much of an impact on the audience. Steeped in a dialogue full of vigorous action and madcapism, the film tried its best to make the audience laugh but failed to succeed. The film stars Anil Kapoor, Arshad Warsi, Pulkit Samrat, Saurabh Shukla, John Abraham, Ileana Dikruz, Kriti Kharbanda, Urvashi Rautela. Social media and film critics and fans are giving mixed reactions to this film. When someone gave this film a super comedy, some people expressed their disappointment towards the film.

Know what is the story of the film

Gangster Raja (Saurabh Shukla) and WiFi brother (Anil Kapoor) hire an out-of-luck young Raj Kishore (John Abraham) and his friends Janki (Arshad Warsi) and Chandu (Pulkit Samrat) to make up for the loss. Are. But this is just the beginning of madpanti which brings destruction in everyone's life.

The film is directed by Anees Bazmee, who has given many super hit comedy films before. Before this, Anees Bazmi has made films like 'No Entry', 'Welcome', 'Welcome 2' and 'Singh is King'.

See the reactions of fans here 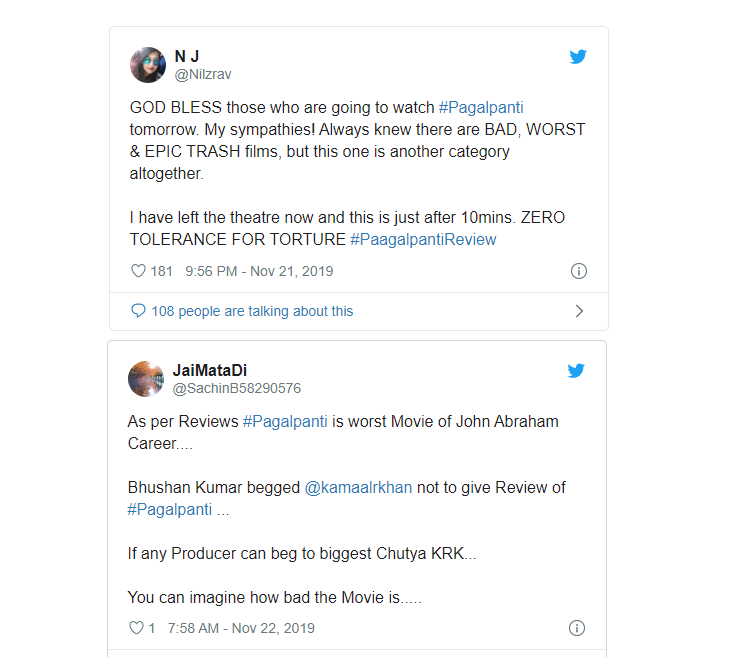 Regarding the film, a user has written that God bless those people who are going to see the movie Pagalpanti. Always knew that this is a bad, bad film. At the same time, a user has written that the story of the film is as usual. The films are quite disappointing with no significant changes. One user has praised the acting of John Abraham and Anil Kapoor in the film.
Tags:
Entertainment