WhatsApp Spy: Everything You Need to Know About Pegasus Software 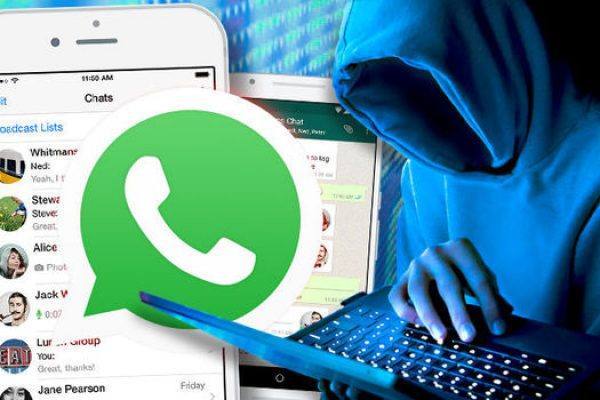 WhatsApp espionage case: The case of Indian journalists and activists spying on Whatsapp through spyware Pegasus of Israeli firm is in the news. This disclosure has raised questions about the privacy of Indians. This spyware is very dangerous, which can seize everything present in any mobile device through just one missed call. Let us tell you when this spying started and how spying was done.

The matter came to light in May
In the District Court of California, WhatsApp has filed a complaint against NSO Group, a Pegasus developer. It has revealed to what extent this dangerous spyware can collect data. This Israeli malware has attacked through the video calling feature of WhatsApp. It has targeted around 1400 people. The matter first came to light in May. On 13 May, WhatsApp announced an immediate update after the malware surfaced.

WhatsApp loss over Rs 54 lakhs
The complaint against the Israeli developer alleged that target users included lawyers, journalists, human rights activists, political dissidents, diplomats, and other senior foreign government officials. This complaint holds the NSO responsible for breach of contract. WhatsApp has alleged that the defendant (NSO) has damaged its reputation and it has caused a loss of more than 75 thousand dollars, ie about 54 lakh rupees.

Use of registered number in many countries
The investigation found that between January 2018 and May 2019, the NSO created a WhatsApp account, which is used. In April and May 2019, these accounts were used to send malicious codes to targeted devices. Registered numbers were used in many countries to create a WhatsApp account, including Cyprus, Israel, Brazil, Indonesia, Sweden, and the Netherlands.

The complaint states that the NSO had sent its malicious code to WhatsApp's server between 29 April 2019 and 10 May 2019 to spy on 1400 target devices. According to the public report, NSO clients include private entities including government agencies in the Kingdom of Bahrain, the United Arab Emirates, and Mexico.

Three-level surveillance
According to the complaint, spyware is capable of monitoring at three levels, including initial data activation, passive monitoring, and active collection. WhatsApp said, 'Pegasus was designed to disrupt communications on others including iMessage, Skype, Telegram, WeChat, Facebook Messenger and WhatsApp. It used to monitor communication sent and received from a device.

Leaves no trace
WhatsApp has said that it leaves no trace on spyware targeting devices, consumes minimal battery, memory and data and comes with a self-destruct option, which can be used at any time.

Spyware used to come in the phone without receiving the call
In an article published in the Washington Post, Whatsapp chief Will Catchkart wrote, "In May, WhatsApp announced that we had detected and blocked a new type of cyber attack. This was added to our video calling feature. It was visible to the user as a video call, but it was not a normal call. As soon as the ring of the phone ring, the fraudster used to secretly transmit malicious code in his phone to put spyware on the phone. For this, the person did not even have to reply to the call.

Citizen Lab, a cybersecurity research laboratory at the University of Toronto, said in a blog post, 'The NSO Group and other spyware companies are equipping repressive governments with powerful tools that spy on people. (WhatsApp espionage case)
Tags:
Gadget