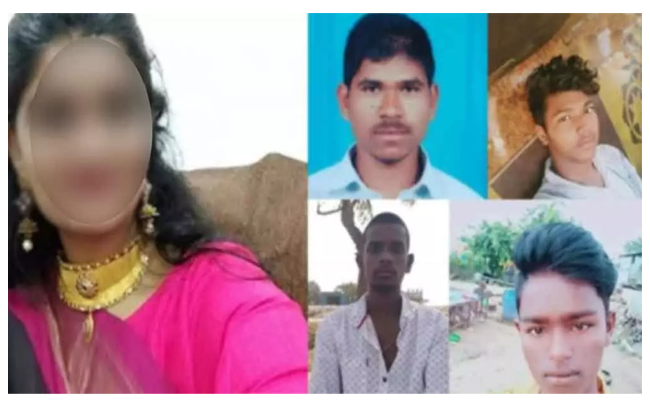 Hyderabad veterinary rape-murder case: All the four accused of Telangana rape have been encounter by the police. According to Shamshabad's DCP Prakash Reddy, the police had reached the underbridge carrying the accused, where they had lit the doctor with kerosene. During interrogation and recreating the incident, the accused freed the police weapons and fled. They opened fire on the policemen. The police retaliated in self-defense, killing all four accused. Cyberabad Police Commissioner VC Sajjanar said that the four accused were killed in an encounter at Chatanapalli in Shadnagar between 3 am and 6 am on Friday. A senior police officer said that two policemen were also injured in the incident.

Hyderabad rape and murder: Police encounter will be an example ahead: victim's sister

After receiving the news of the encounter, the victim's father said, "Our baby girl has been dead for 10 days. Congratulations to the Telangana government, the police and those who stood by me. I think the police did a fairly good job. If the culprits escape, the question would have arisen as to how the police let them escape. It would have been difficult to catch them again. Even if they were caught again, further punishment proceedings would have taken a long time. ”However, the victim's sister said that the accused were killed in the encounter. I am very happy with this. This will be an example, hopefully, nothing will happen from here onward. I want to thank the police and the Telangana government.

DCP-ACP Zindabad slogans at the scene

A large crowd gathered at the place where the police had encountered the four accused. When policemen and commissioner Sajjanar arrived to inspect the spot, people shouted slogans of DCP-ACP Zindabad and Bharat Mata Ki Jai. Also, the local people also showered flowers on the policemen. 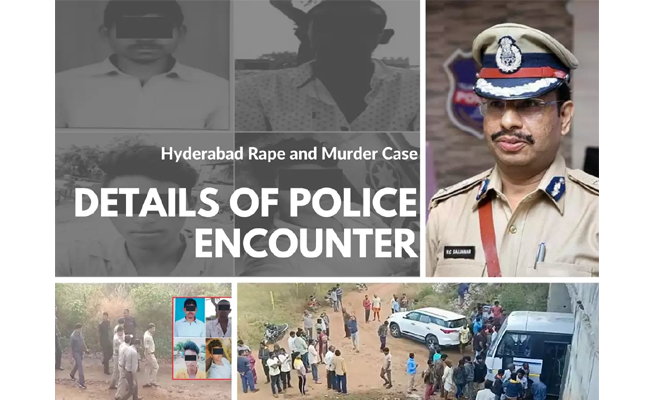 Telangana law minister A Indrakaran Reddy told a news channel - God punished the accused before the law. The whole of India is happy with what happened to him. In TV, we saw that the accused were trying to escape with the weapons of the police. Whatever happened is good.

The accused were sent to judicial custody for 14 days

On November 27, a 26-year-old veterinary doctor waiting near a toll plaza was murdered after a two-wheeler was punctured in Hyderabad. The burnt corpse of the doctor was found in the morning the next day. The police arrested 4 accused in this Hyderabad rape case. His names were Mohammad Arif, Zulu Siva, Zulu Naveen, and Chintakunta Chennakeshavulu. Arif was 26 years old, while the rest of the accused were told to be 20 years old. All of them were truck drivers and cleaners, who raped the doctor for 7 hours after drinking alcohol. The victim was then burnt on the outskirts of Shadnagar. The four accused were sent to judicial custody for 14 days by the court.
Tags:
News