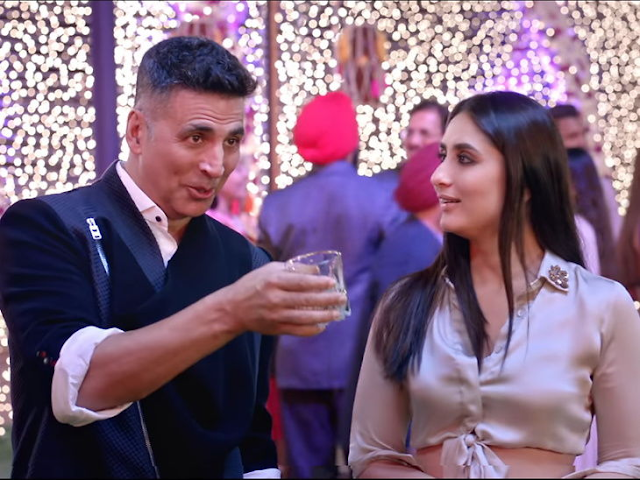 Akshay Kumar is engulfed in promises due to a dialogue of ''Good Newwz', which is going to be released on 27 December. He is being accused of abusing Lord Ram through this dialogue. Actually, on Wednesday (December 18), the new trailer of the film directed by Raj Mehta was released, Akshay has spoken this controversial dialogue. Social media users are expressing displeasure about this.

This is disputed dialog
According to the scene, a woman asks the guest at the party, "Why do you tell me its (child's) name Holaram?" In response, the guest says, "What is it that Nanaji's name was Ram and it was born on the day of Holi, then they named it Holaram." On this, Akshay Kumar laughs and says, "It is good that the day of Lohri was not born, otherwise its name ..." On this, all the people present there are surprised.

Such comments are coming on social media
Social media users are sharing the clip of this dialogue, telling Akshay Kumar very poorly. One user wrote, "Akshay Kumar is directly abusing Lord Ram under the guise of cheap humor."

If there’s an Award for the Bollywood’s most shameless and hypocrite actor ever, then Akshay Kumar will surely take them all.

Another user wrote, "If he gets the most shameless and hypocritical actor award in Bollywood, he will definitely get Akshay Kumar. Akshay abuses Lord Ram."

The Man who’s maintaining clean Deshbhaqt image in disguise but abusing our Idol our Pride Lord Sri Rama through his film for money on the name of entertainment.

RT if you think >>> Akshay kumar is the worst thing ever happened to Bollywood.

The same user further wrote, "The man who has retained the image of a patriot but is humiliating our adorable Lord Shri Ram through his film to earn money in the name of entertainment. If you think that Akshay Kumar has Re-tweet the worst thing ever. " 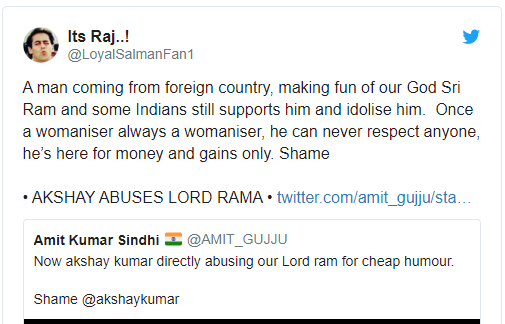 One user commented, "Dear Akshay Kumar, you are a Canadian and we have no problem with this. But how dare you insult Indian religion and Hindu God. We Indians will not tolerate all this."

Dear @akshaykumar you are Canadian citizen and we don’t have problem with it.

But how dare you to Abuse Indian religion’s and Hindu gods of India?
We indians will not tolerate it at all.