Amit Shah said, thank people for the opportunity for 5 years, will continue to work for the development of Jharkhand 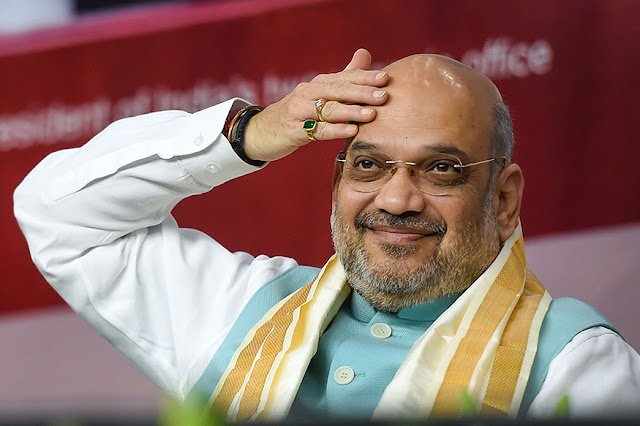 Jharkhand election: Union Home Minister and BJP President Amit Shah have acknowledged the party's defeat in Jharkhand, thanking the public for the opportunity to serve for 5 years. The BJP has lost to the Jharkhand Mukti Morcha-Congress and RJD alliance here. On the other hand, Chief Minister Raghubar Das is still waiting for the final results. He said that if BJP loses then it will be their defeat.

Amit Shah tweeted, 'We respect the mandate given by the people of Jharkhand. We express our heartfelt gratitude to the people for the opportunity given to BJP to serve the state for 5 years. BJP will remain committed to the development of the state continuously. Congratulations to all the workers for their tireless hard work. '


Significantly, Amit Shah addressed several rallies in the Jharkhand elections. He has been considered the Chanakya of the BJP since 2014, but in the last few elections, many states have come out of the hands of the party. Election analysts also say that they are not able to devote much time to the expansion of the party because of their important position as Home Minister. Earlier, he used to formulate a strategy up to the booth level in the contested states and take it under his supervision.