Jamia controversy: Priyanka Gandhi sat on a symbolic protest on the road in front of India Gate 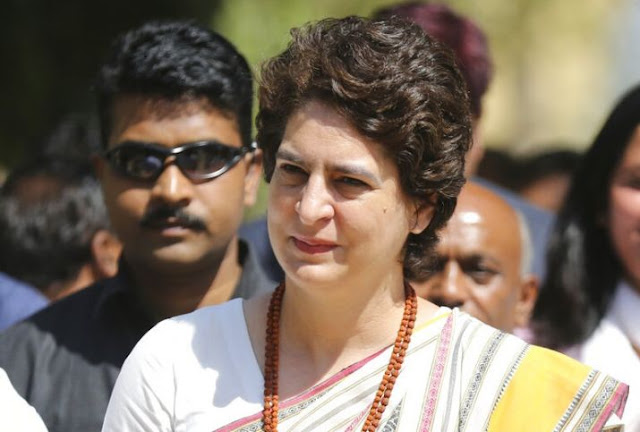 Jamia controversy: In Jamia Millia Islamia and Aligarh Muslim University, the dispute between students and police is getting caught up. Congress General Secretary Priyanka Gandhi Vadra has sat on a protest on the road in front of India Gate in protest against the assault on students. She will sit on a symbolic sit-in with other Congress leaders for two hours till 6 pm.

Along with Priyanka, senior Congress leaders Ghulam Nabi Azad, KC Venugopal, AK Antony, PL Punia, Ahmed Patel and other leaders are sitting on the encompass. Earlier, Priyanka Gandhi had targeted the government and said that the government has attacked the Constitution and the students. He (police) entered the university and attacked the students. We will fight for the constitution, we will fight against this government.

Jamia controversy: Congress spokesperson Randeep Singh Surjewala gave information in this regard. He said, 'This government is attacking the rights of the youth and students of the country. Because of this, Priyanka Gandhi Vadra will sit with other Congress leaders at a symbolic protest at India Gate for four hours from 4 pm.