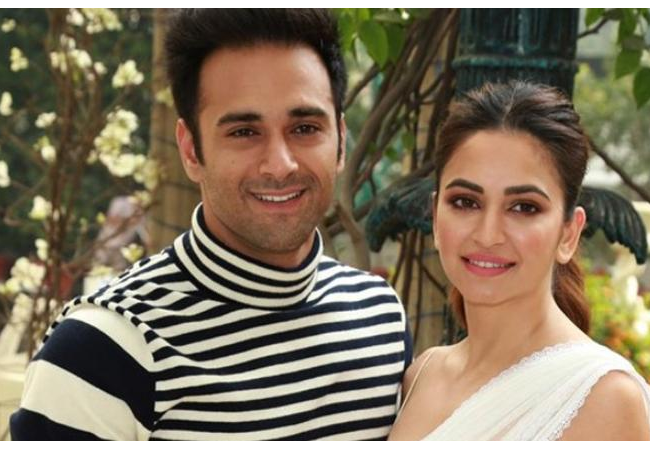 In Bollywood, Kriti Kharbanda and Pulkit Samrat's Affair has been in news for the last few days. Recently, the pair were seen together in 'Pagalpanti' and Kriti also accepted her relationship with Pulkit. Now Kriti has wished her on Pulkit's birthday by sharing a photo on Instagram.


Coz it’s his birthday and he’s my favourite! ❤️❤️❤️ @pulkitsamrat to madness, happiness, craziness, laughters, tears of joy and so much more! Happiest birthday, you! Muahhh!
A post shared by Kriti Kharbanda (@kriti.kharbanda) on Dec 29, 2019 at 6:29am PST


Kriti Kharbanda, while sharing her selfie with Pulkit, wrote, 'Because this is his birthday and this is my favorite. Happy birthday with madness, joy, laughter, tears of joy and everything. ' Soon after Kriti Kharbanda shared this picture on Insta, the fans started commenting Pulkit Samrat on his birthday.