No Muslims in the Citizenship Amendment Act, grandson of Netaji Subhash Chandra Bose questioned the party 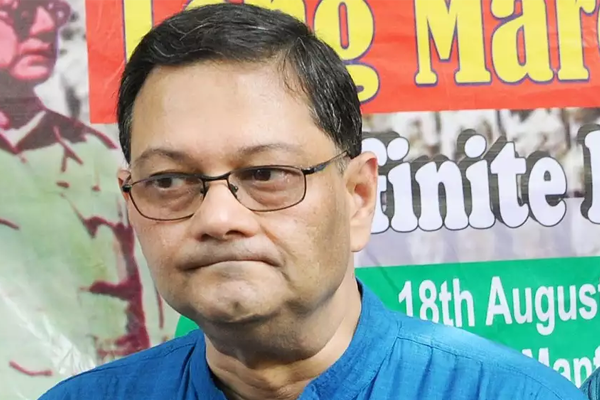 Citizenship amendment law: A few hours after the BJP's massive rally in Kolkata, West Bengal capital, over the Citizenship Amendment Act and NRC, the CAA has been questioned by Netaji Subhash Chandra Bose's grandson and BJP's state vice-president Chandra Kumar Bose. He questioned why Muslims have not been included in CAA?

CAA protest: Chandra Kumar Bose tweeted, 'If CAA 2019 is not associated with any religion then why are we emphasizing on Hindus, Sikhs, Buddhists, Christians, Parsis and Jains only. Why Muslims are not included? We should be transparent. If Muslims are not harassed in their home country, they will not come, so there is no harm in including them. ' Let me tell you that this mega rally of BJP was held on Monday.

If #CAA2019 is not related to any religion why are we stating - Hindu,Sikh,Boudha, Christians, Parsis & Jains only! Why not include #Muslims as well? Let's be transparent
— Chandra Kumar Bose (@Chandrabosebjp) December 23, 2019

'I am not leaving BJP'
Chandra Kumar Bose said, 'However this is not entirely true. What about the Baloch who lives in Pakistan and Afghanistan? What about the Ahmadiyya people of Pakistan? ' He said that do not compare or compare India with any other country because this country is open to all religions and communities. After this tweet by Bose, there was speculation that he would leave the BJP. However, Bose himself has denied this.

Also, read this: Amit Shah said, thank people for the opportunity for 5 years, will continue to work for the development of Jharkhand

Chandra Kumar Bose said, "I am not leaving the BJP. If something is going wrong in the family, then it is my responsibility to tell them." West Bengal BJP Vice President Bose said, 'I had sought time to meet PM Modi and Amit Shah but I did not get it. As much as the BJP had a chance of winning in West Bengal, this step has diminished further. Bengali people can never accept this. India is not a Hindu nation, change the constitution if you want to make it a Hindu nation.
Tags:
News