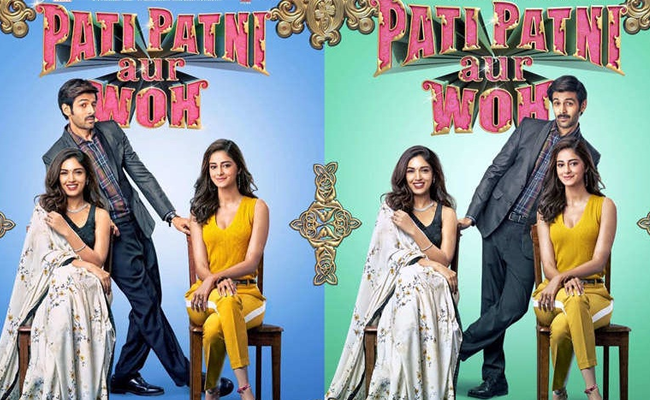 Abhinav Tyagi i.e. Chintu Tyagi (Kartik Aryan) is a government employee in Kanpur. Chintu's parents arrive to talk about her marriage to Vedika i.e. (Bhumi Pednekar) and Tyagi Ji falls madly in love with her at first sight. The matter reaches marriage. Everything is going well that a sudden turn in life comes when Chintu Tyagi meets Tapasya Singh i.e. Ananya Pandey. Now Chintu's life has spice and fun. Chintu looks for an opportunity to spend time with austerity. Tapasya has reached Kanpur to find a boutique workshop for herself. When Tapasya gets to know about Chintu's marital status, she is a little hesitant, but Tyagi manages everything with the long story of their marriage. In the story of this extra-marital affair, Chintu's friend Faheem Rizvi (Aparshakti) also makes a lot of confusion and in this round, Tyagi gets in trouble at times. Eventually, things get out of hand and then there is a lot of confusion and drama.

Kartik has maintained a good balance with his Chintu Tyagi character, who is perfectly fit on both sides. Karthik's screen presence looks extremely charming. Karthik's style of talking to himself has become his trademark. This time he is not seen boasting about the girls who have come in his life but is seen raging on the problem of sex.

Bhumi has played the character of Vedika, Karthik's wife Chintu. He is a teacher and has a unique fan following among students. Vedika is very much discussed among her students because of her glamorous avatar. Bhumi has once again proved that she can adapt well to any role.


Ananya Pandey, who made her Bollywood debut with 'Stunt of the Year 2', has seen a lot of improvement. However, they still need to work hard on many more things, such as dialog delivery. However, Ananya looked comfortable in front of the camera. Apart from these three characters, who performed well on screen with his comic timing is Aparshakti Khurana. He has been proving through his films that he can make his presence special in any film. Earlier, he has also appeared with Karthik in 'Luka Chuppi'. The friendship of both of them has also died in this film and you will be forced to laugh after listening to them. 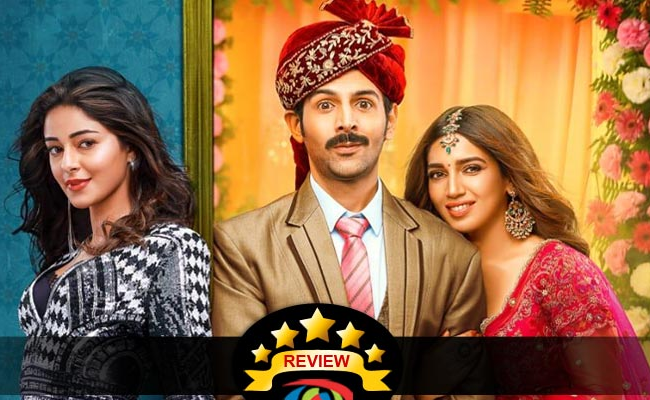 Director Mudassar Aziz, who has directed films like 'Happy Bhaag Jayegi', 'Happy Phir Bhaag Jayegi', specializes in romantic comedies. Although it took some time to prepare the plot of the film, then he did not let the story wander at all. The film is full of fun one-liners and funny dialogues, which will tickle you all the time. Even though the film is a remake of Sanjeev Kumar starrer 'Pati Patni Aur Woh', it is equally fun to watch this film. Dialogues like 'Kantap' have tried well to add local flavor to the film. However, the film could have been better edited to make the story look tighter. The songs of the film are already on people's tongues and have made a place in their hearts.
Tags:
Entertainment