Review: How is Emraan-Rishi Kapoor's 'The Body' 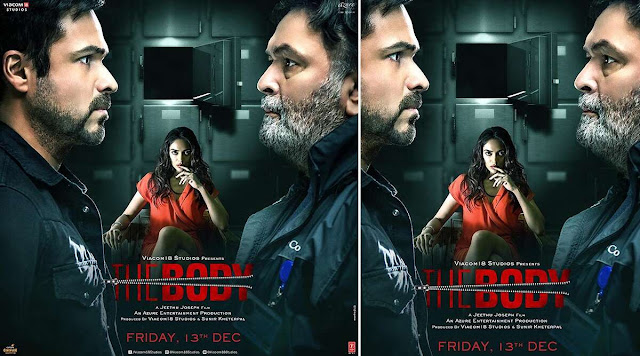 The Body Review: Director Jeethu Joseph, who made a superb suspense film like 'Drishyam' in the South, expected a good crime thriller film from this first Hindi film, but failed to do so.

Story: In the film, the body of Maya Verma (Sobhita Dhulipala), a wealthy businessman, suddenly disappears from the mortuary, which is investigated by SP Jayaraj Rawal (Rishi Kapoor). doubt's needle leads to Maya's husband Ajay Puri (Emraan Hashmi), who has an extramarital affair with Ritu (Vedika), a student. But during the investigation, such incidents happen that Ajay feels that Maya is alive and she is trying to trap him. Now to see, what is true.

The Body Review: The plot of the film is interesting, but the screenplay is very weak. It seems that the director could not understand how he wanted the story to proceed. Repeated flashbacks and romantic songs enhance suspense. Apart from a few scenes, the entire film is set in a laboratory, with doctors appearing only once. The production value of the film is also weak, due to which the small screen crime feels like a serial. Not only this, Jeethu Joseph has not been able to get his best work from capable actors like Rishi Kapoor, Emraan Hashmi, Sobhita Dhulipala. His acting is also average. The only plus point of the film is the climax, while the songs interrupt the pace of the film despite being melodious.
Tags:
Entertainment