The political controversy created by the statement on Periyar, Rajinikanth said - I will not apologize

pushp news January 21, 2020
Rajinikanth comment on Periyar: A claim made by Tamil superstar Rajinikanth over Periyar has created a ruckus in Tamil Nadu politics. An FIR has also been filed against him, though Rajinikanth is adamant and has refused to apologize. Rajinikanth told the media that what he said about Periyar is true and based on the report so he will not apologize. 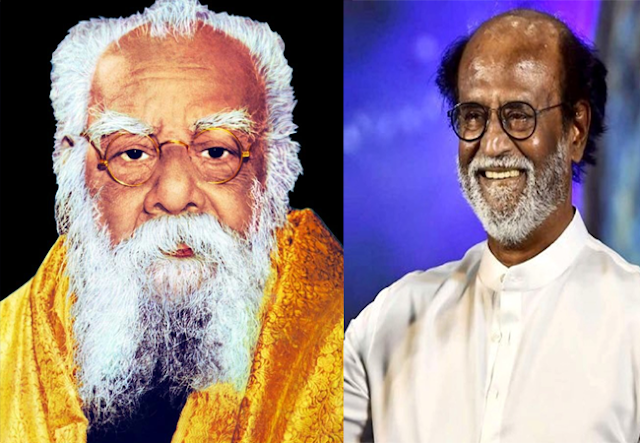 Let me tell you that in an interview with Tamil magazine Tughlaq last week, Rajinikanth claimed that Periyar had taken out a rally in Salem in 1971 in which pictures of Lord Ram and Sita without clothes were put up. Members of the Dravidar Viduthalai Kazhagam objected to Rajinikanth's statement and filed a case against him.

In Dravidar Viduthalai Kazhagam's complaint, a case was filed against Rajinikanth under Section 153 (A) of the IPC. Rajinikanth targeted DMK, the main opposition party in Tamil Nadu. Rajani commented on M. Karunanidhi and Periyar, the father of the Dravidian movement. The superstar had said that Periyar was a staunch critic of Hindu gods but no one criticized Periyar at that time.

Rajinikanth comment on Periyar: Rajinikanth told the media, "What I said about the Periyar rally was true." Rajinikanth said that he is based on the report and it was featured prominently by many newspapers of that period. He said he would not apologize.
Tags:
News