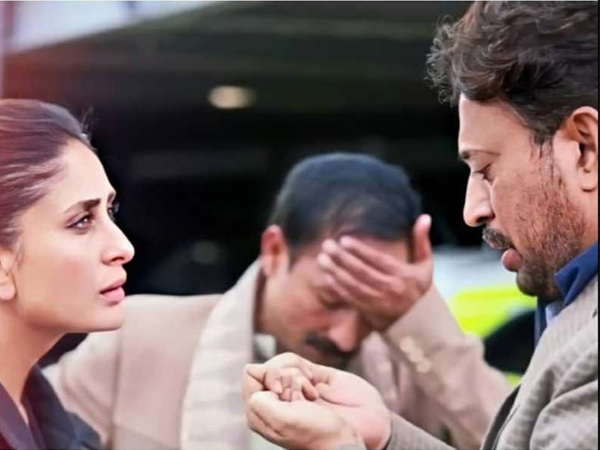 Angrezi medium first look: Irrfan Khan's 'Angrezi medium' is one of the films that have been discussed for a long time. The film is eagerly awaiting its release in 2020 as it features Bollywood's most glamorous actress Kareena Kapoor for the first time alongside Irrfan. After several glimpses of the shooting of the film, the final filmmakers released the first look of Kareena and Irrfan in it.

The film is a sequel to the 2017 Hindi-medium superhit film starring Irrfan Khan. It is being told that Irrfan will be playing the role of Radhika Madan's father in the film, while Kareena will be seen in the role of a cop. Most of the shooting of this film has been done in Rajasthan and London. Kareena Kapoor's first look has been shared on a fan page. In this, the intense look of Kareena and Irrfan will make you think about the film.

Homi Adajania is directing 'Angrezi medium' and Dinesh Vijan has produced it. Deepak Dobriyal will also be seen in an important role in the film. With this film, Irrfan will return to the big screen after a long illness.

'Angrezi medium' will be released on 20 March 2020.
Tags:
Entertainment News