pushp news January 08, 2020
Bigg Boss 13 is going to be some fun today. Shehnaz Gill is running madly behind Siddharth Shukla. Read the full story to know what Shahnaz will do today 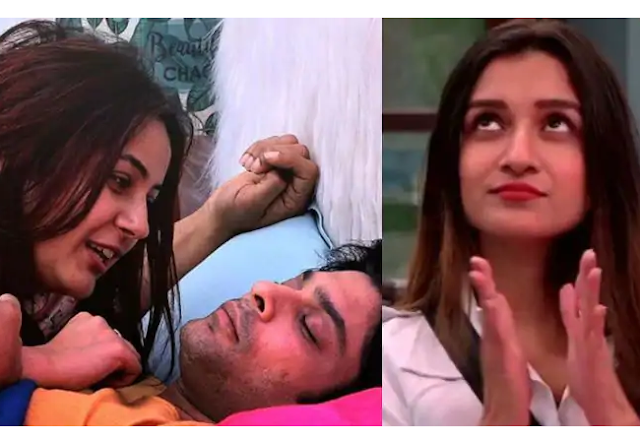 Bigg Boss 13 is witnessing new ups and downs every day. We have also seen many ups and downs in the friendship of Siddharth Shukla and Shahnaz Gill at home. Tonight we will see that Shahnaz is behaving like madly for Siddharth.

In the Bigg Boss13 promo shared, we see that Shahnaz and Siddharth are on the same bed. Shahnaz is speaking slowly to Siddharth. Shehnaz tells Siddharth Shukla that the feelings I have for you are real. Everything that happened between us is natural.

Shehnaz tells Siddharth that I cannot live without you. Siddharth does not speak to Shehnaz and ignored him. And get up from the bed and leave.

Shehnaz now asks Rashmi Desai how to celebrate the man Siddharth Shukla. On this Rashmi says what I know, I do not know anything.

In the last, we see that Siddharth Shukla asks if you are in my love. Shehnaz says Siddharth is crazy and laughs, but she says feelings for you are very strong.

In last night's episode of Bigg Boss13, we saw Siddharth change his bed and go to sleep in the garden area. Shahnaz Gill chases her, but Siddharth Shukla tells her not to chase and stay away.