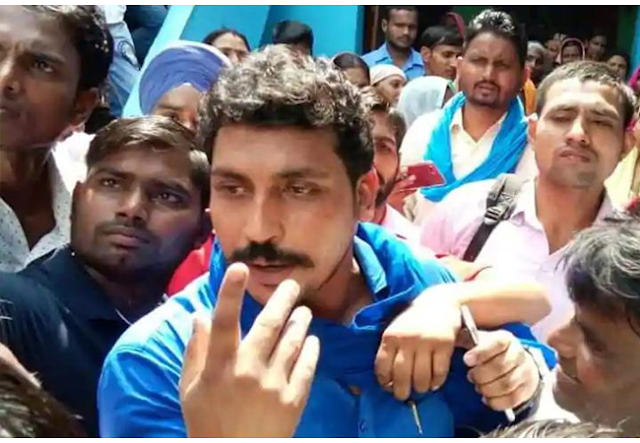 CAA protest: The Delhi court has reprimanded the police while hearing the Dariyaganj violence case. The Tis Hazari Court asked the police what they had difficulty in allowing a peaceful demonstration in front of Jama Masjid. There was mention of even Pakistan in court. The court further called Bhim Army leader Chandrashekhar Azad as an emerging leader. The hearing was about Chandrasekhar, arrested for demonstrating at Jama Masjid. There he organized a march against the CAA without the permission of the police.

Jama Masjid is not in Pakistan

The court asked the police, which law states that it cannot be performed outside a religious place? It was further stated that people can perform anywhere in peace. The court said, 'People can perform anywhere in peace. Jama Masjid(Dariyaganj violence case) is not in Pakistan, which should not be allowed to be held there. Peaceful demonstrations are also allowed in Pakistan.

CAA protest: During the hearing, the court said on  Chandrashekhar Azad that he is an emerging leader. What was the trouble in performing them? The judge further said, 'I have seen many such people and many occasions when there have been demonstrations outside Parliament also.' With this, the court adjourned the hearing on Chandrashekhar's bail plea till Wednesday.


What is the whole matter

Bhim Army chief Chandrashekhar Azad, who was arrested in a violent case during a protest against the Revised Citizenship Act (CAA protest) in the Daryaganj area of ​​Old Delhi, filed a petition in a Delhi court on Monday for bail. He alleged that the police made vague allegations against him and did not follow the prescribed procedure for arrest. On Tuesday, the court heard Azad's plea.

CAA protest: Chandrashekhar Azad claimed that allegations have been leveled against him in the FIR which is not only 'baseless' but also 'strange'. Azad's bail petition was filed through lawyer Mahmood Pracha. It added that Azad's special role in the FIR was not known and his content was based on 'uncertain' and 'speculation' and 'doubt' while he was trying to maintain peace.

What Director Kabir khan said to in an interview at JNU Violence and Jamia violence?