CAA protest/ If the Samajwadi Party government is formed, they will give pension to those opposing the CAA 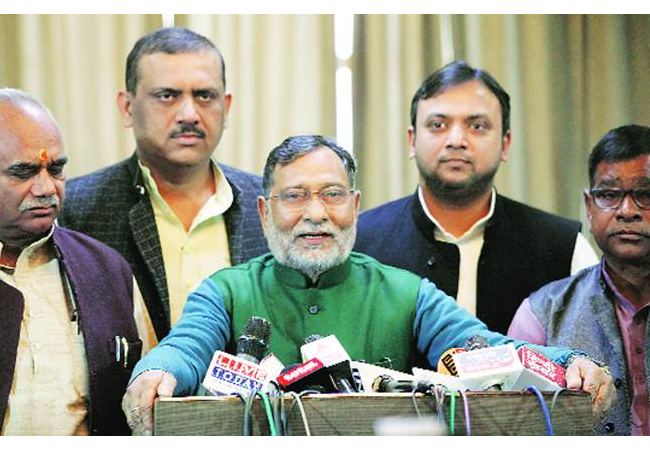 CAA protest: Political controversy in UP is not taking the name of ending the citizenship amendment law. Senior Samajwadi Party (SP) leader Ram Govind Chaudhary, who has constantly surrounded the Yogi government on this issue, while supporting those opposing the revised citizenship law, said that such people will be given pension if their party forms government in Uttar Pradesh. Ram Govind Chaudhary, referring to Bangladeshis, said, "The one who came to our shelter is in our refuge." We are all people to protect. '

On the question that if the next government in the state is formed by the Samajwadi Party, then those who oppose the CAA(CAA protest) will also be awarded the post of Constituency Guard, like democracy defense fighters, Ram Govind Chaudhary said, 'absolutely will be awarded, and if at the Center and the state If our government is formed, they will be given pension, because they have worked to save the constitution. The movement to save democracy.

'CAA Protest- Family will get compensation'

CAA protest: The SP and Leader of the Opposition in the Assembly said that the families of those who have been jailed for opposing the CAA or have died in the conflict over it will be compensated. He alleged that the Modi government at the Center is trying to divert the attention of people on the pretext of CAA, NRC, and NPR. Anyone who questions the government's move is asked to move to Pakistan.
Tags:
News