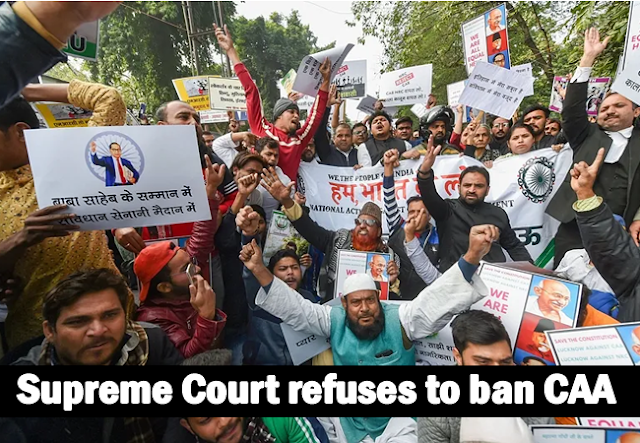 The Supreme Court has also prohibited all High Courts from hearing the CAA related petitions until the verdict on the petitions. A bench headed by Chief Justice SA Bobde is hearing 143 petitions challenging the validity of the CAA. However, in addition to this, there is a petition from the Central Government in favor of CAA.

Hearing in 140 Supreme Court against Citizenship Amendment Act (CAA), know what is going on

CAA Protest: The Supreme Court said that it has given the Center four weeks to respond to the petitions challenging the constitutional validity of the CAA. At the same time, the court said that any order granting any interim relief to the petitioners opposing the CAA will be issued only after four weeks. At present, there is no restriction on this.

On behalf of the Center, Attorney General K.K. Venugopal told the bench that out of 143 petitions, 60 copies have been given to the government. He said the government needed time to respond to the petitions challenging the constitutional validity of the CAA which it has not yet received.

Amit Shah's attack on the opposition, said - I am saying on the injury of Dunke, CAA will not return

CAA Protest:  According to the amended law, people from Hindu, Sikh, Buddhist, Jain, Parsi and Christian communities who came to India from Pakistan, Bangladesh, and Afghanistan as of 31 December 2014 due to religious persecution will not be considered illegal migrants and will be given Indian citizenship. President Ram Nath Kovind had approved the Citizenship (Amendment) Bill 2019 on Thursday night, making it a law.
Tags:
News