Hearing in 140 Supreme Court against Citizenship Amendment Act (CAA), know what is going on 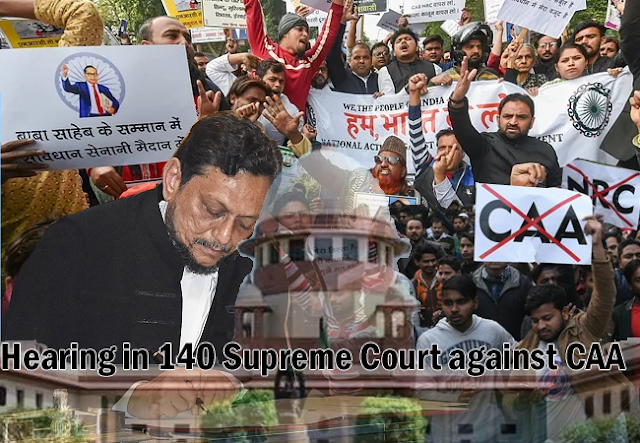 A hearing in 140 Supreme Court on the Citizenship Amendment Act (CAA) is scheduled to begin. A three-judge bench headed by Chief Justice SA Bobde will hear the case. In the last hearing, the apex court had sought a response from the central government on the petitions.

A bench of Chief Justice Bobde, Justice Abdul Nazir, Justice Sanjiv Khanna will also hear on the constitutional validity of CAA. Explain that under the Citizenship Amendment Act (CAA), there is a provision for granting Indian citizenship to minority refugees suffering from religious persecution from three neighboring countries - Pakistan, Bangladesh, and Afghanistan. Under this, Indian citizenship will be given to the religious minorities ie Hindu, Sikh, Buddhist and Christian community who came to India before 31 December 2014.