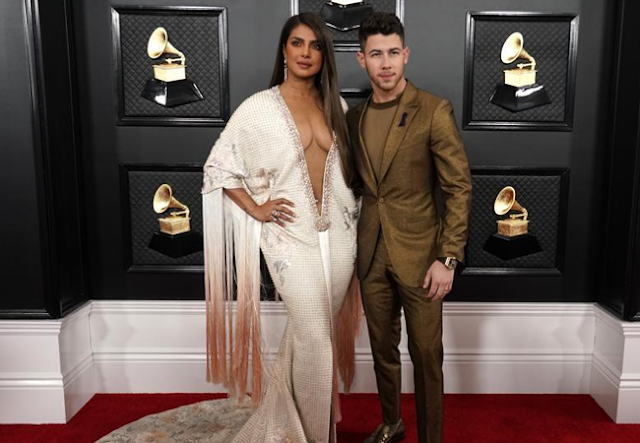 Priyanka Chopra has consistently dominated the internet and the reason is her Grammy Awards dress. Priyanka Chopra is none other than Bollywood who has made the most headlines among stars around the world at the 'Grammy Awards 2020'. However, Priyanka remains a sensation on the internet with her dress, many Indian audiences did not like it at all. On social media, some people are fiercely criticizing her dress.


However, even before this, Priyanka Chopra has been trolling many times about her dress. Remind once again that Priyanka is in the news for her white gown, which she wore at the Grammy Awards 2020. The neckline of this dress of Priyanka was seen from below the navel and perhaps our Indian audience did not like her style.


So proud of this fam. Congratulations @jonasbrothers you guys crushed it today. #grammys
A post shared by Priyanka Chopra Jonas (@priyankachopra) on Jan 26, 2020 at 7:10pm PST

Comparison to Jennifer Lopez
By the way, as soon as these pictures of Priyanka Chopra started appearing on the internet, people started comparing her style to Hollywood actress and singer Jennifer Lopez, who was seen in a similar dress during the Grammy Awards held in 2020. Jennifer's green gown was also cut below the navel, which was discussed a lot at that time.

Grammy awards 2020: Priyanka's dress like Jennifer got a flood of comments on social media. However, some people found this dress special and said things like 'their body is their choice' and many people criticized it fiercely. See below, how people commented on this dress. People do not have this deep neckline at all.