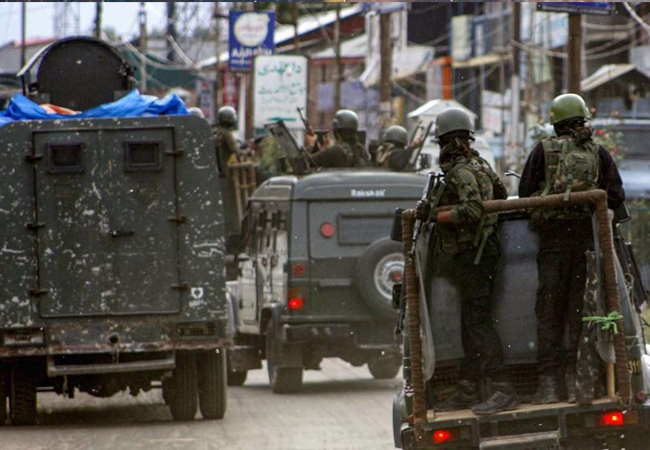 In Srinagar, the capital of Jammu and Kashmir, militants launched a grenade attack targeting the patrolling team of security forces. A local civilian is marginally injured in this attack. The injured have been taken to the hospital for treatment. At the same time, security forces have cordoned off the area and started a search operation.

Terrorists launched a grenade attack in the Kavadara area of downtown Srinagar today i.e. on Saturday. The security of the area has been increased after this attack. Please tell that Pakistan and terrorist organizations are constantly making nefarious efforts to spoil the atmosphere of the valley. In order to spread fear among the local people, activities are being carried out to carry out such incidents.

Jammu and Kashmir: Earlier yesterday, that is, on Friday, a blast occurred in Kalal area of Nowshera sector in Jammu and Kashmir at around 3.30 pm. Four soldiers, including army lieutenants, were seriously injured in the blast. Along with this, security has been increased by the siege of the area. Military sources said that the army's patrolling party was on a tour in the border areas. This explosion occurred during this time.

Hearing the sound of the explosion, people nearby came to the rescue

Jammu and Kashmir: On December 31, a young man was seriously injured in a mine blast in Bagayaldara, a village adjacent to the LoC in Poonch. The injured youth was identified as Arif Hussain (19) son Mir Hussain, a resident of Bagayaldara village. The right leg of the young man was injured, which the doctors had to cut after performing the operation.

If the Samajwadi Party government is formed, they will give pension to those opposing the CAA