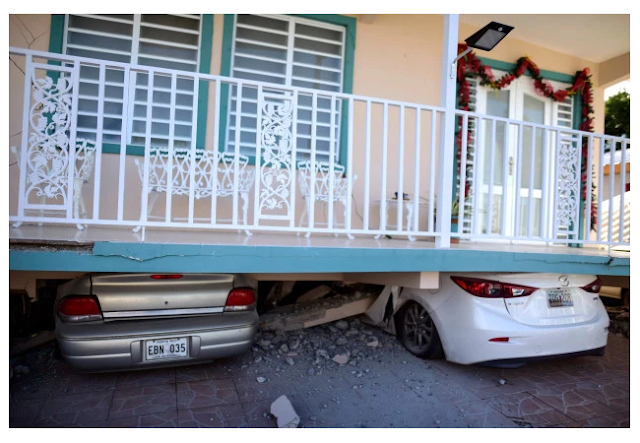 Large boulders that toppled off hillsides were reportedly blocking major thoroughfares, including the highway near the town of Guanica that heads towards San Juan.

Puerto Rico Earthquake: Jose Francisco Benitez, an attorney staying at a hotel in Guanica, told the AP that people panicked as they tried to leave in their cars only to realize they were stuck due to the road being blocked. 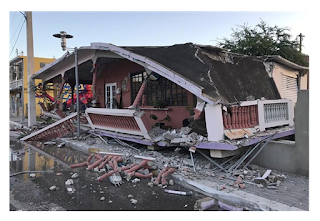 On Twitter, Puerto Rico’s power authority reported that one of the country’s main power plants had been damaged by the quake, triggering a nationwide power outage. Officials expect power to be restored to the island later Tuesday.

Víctor Huérfano, director of Puerto Rico’s Seismic Network, told The Associated Press that he does not have immediate reports of damage or injuries because communications are down for much of the island. He said officials in the large southern coastal city of Ponce told him there was widespread damage.

Puerto Rico Earthquake: Shaking was felt across much of the island from Monday's temblor, including light shaking in the capital of San Juan. The epicenter was located about 9 miles (14 km) from the community of Indios in the municipality of Guayanilla.

The Associated Press reported that Monday's earthquake-triggered small landslides, caused the foundations in homes to crack and resulted in numerous power outages.

Puerto Rico Earthquake: "The weather will be good for any cleanup efforts through the middle of the week with nothing more than a brief shower and occasional gusty wind," said AccuWeather Senior Meteorologist Eric Leister.

Nirbhaya rape case: Death warrant issued against the culprits, will be hanged on January 22

Assembly election 2020 announced in Delhi, voting on February 8 and results on 11