Sanjay Raut again have a controversial statement about Vinayak Damodar Savarkar, saying- 'Send those who protest, to jail' 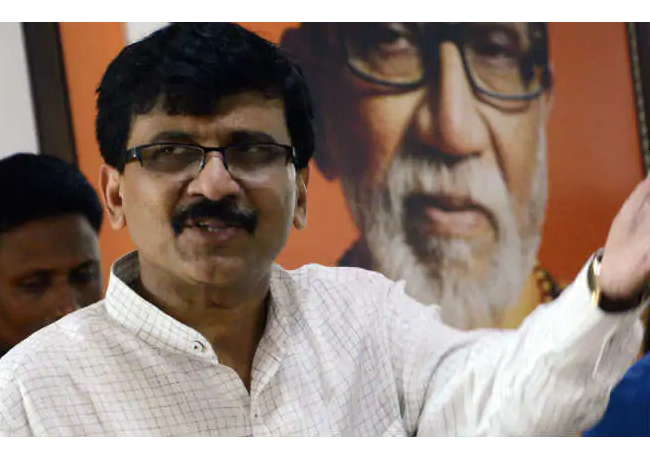 Shiv Sena MP Sanjay Raut has once again made a statement regarding Vinayak Damodar Savarkar, which is again speculating a confrontation between Shiv Sena and Congress. He has said that those opposing the award of Bharat Ratna to Savarkar should be sent to the same prison where Savarkar was kept by the British to realize their struggles. Significantly, senior Congress leader Prithviraj Chavan had made a statement a day earlier than if the Narendra Modi government gives Bharat Ratna to Savarkar, it will be opposed.

Raut has said that one can come to know about Savarkar's contribution only if he is put in the same prison in Andaman and Nicobar where Savarkar was kept. Significantly, since the statement of Congress leader and former president Rahul Gandhi about Savarkar, the conflict between the two parties has continued. A few days ago, Raut gave a controversial statement about former Prime Minister Indira Gandhi.

Sanjay Raut,Shiv Sena: Those who oppose Veer Savarkar, they maybe from any ideology or party, let them stay for just two days at the cell in Andaman cellular jail where Savarkar was lodged.Only then will they realize his sacrifice and his contribution to the nation pic.twitter.com/8J749b5dF4
— ANI (@ANI) January 18, 2020

At the same time, former Maharashtra Chief Minister Prithviraj Chavan said on Friday that Savarkar's apology to the British cannot be erased and if the Narendra Modi government gives him 'Bharat Ratna' the party will oppose it. At the same time, he also said that there were some good and some bad things about Vinayak Damodar Savarkar, a 'complex and controversial personality', but what the Congresspeople find bad will talk about the same.

A few days ago, Sanjay Raut had said that former PM Indira Gandhi used to visit underworld don Karim Lala in Mumbai. After this statement, many leaders from the Congress took on Sanjay Raut, after which Sanjay Raut had to withdraw his statement. At the same time, the Madhya Pradesh Congress Seva Dal's booklet claimed a physical connection between Vinayak Damodar Savarkar and Mahatma Gandhi's killer Nathuram Godse after which the Shiv Sena attacked the Congress.

What Director Kabir khan said to in an interview at JNU Violence and Jamia violence?