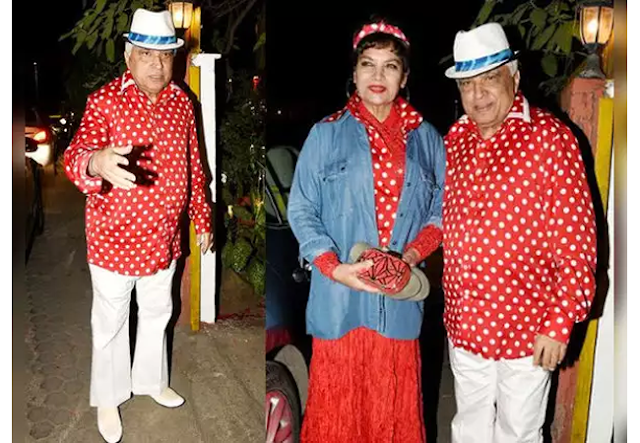 Javed Akhtar birthday: Noted poet and lyricist Javed Akhtar had his birthday yesterday (17 January). The theme of the party was retro and it was attended by his wife Shabana Azmi and several artists from Bollywood. Apart from this party, another party was organized which included Shah Rukh Khan, Gauri Khan, Deepika Padukone, Hrithik Roshan, Katrina Kaif, Arjun Kapoor and many other celebrities.


Photos of Sylabs attending the party have been featured on social media. At the same time, a video of the party has also come out in which Javed Akhtar's son Farhan Akhtar is seen giving a live performance.

In the video, Farhan Akhtar is seen dancing with his father Javed on 'Senorita'. During a recent conversation, Farhan said that he considers himself lucky that Javed is his father. Farhan had said that he had learned about life, work, relationships, culture, etiquette and language from them. He would keep learning from them, so no good father could be there for me.