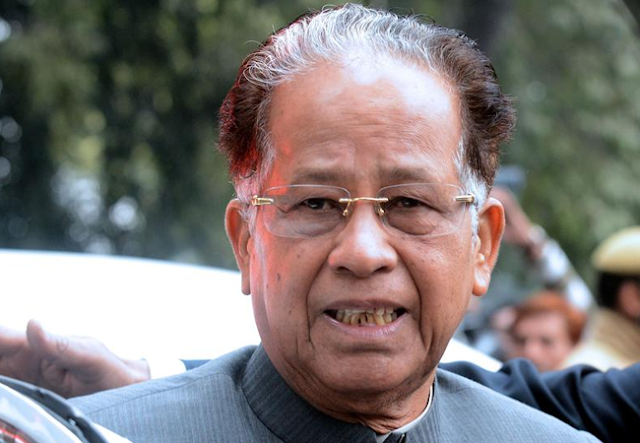 
Tarun Gogoi condemned the violence at Jawaharlal Nehru University in New Delhi. He said, 'The Prime Minister Narendra Modi alleges that we (Congress) speak the language of Pakistan, but they have reduced themselves to the level of the neighboring country. He is moving towards the 'Two Nation Theory' of Jinnah and has emerged as the Hindu Jinnah of India. '

'We are Hindus, but do not want to see India becoming a Hindu nation'

He said that how protests have taken place across the country regarding the Citizenship Amendment Act(CAA) and NRC shows that people have rejected the idea of ​​'Hindutva' of the BJP and its allies. Tarun Gogoi said, 'We are Hindus, but do not want to see our country becoming a Hindu nation. Most of those protesting are Hindus, who have rejected the Hindutva of the BJP and the RSS.

Please tell that Tarun Gogoi has been the Chief Minister of Assam thrice. Gogoi has been continuously attacking the Center over the proposed NRC and Citizenship Amendment Act (CAA) across the country. Earlier, he had targeted Prime Minister Narendra Modi for claiming that there is not a single detention camp in the country. Gogoi called PM Modi a liar, claiming that the BJP government at the Center had released an amount of Rs 46 crore in 2018 to set up a detention camp in Gwalpada, Assam.


Assembly election 2020 announced in Delhi, voting on February 8 and results on 11

If the Samajwadi Party government is formed, they will give pension to those opposing the CAA
Threatening to destroy Nankana Sahib gurdwara, Harbhajan said to Imran - very sad to see this