Uma Bharti's controversial statement, 'Jinnah is no more', but here is Rahul Jinnah and Priyanka Jinnah 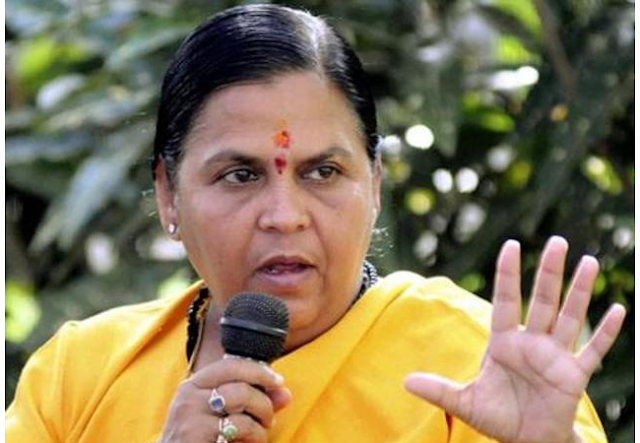 Former Chief Minister of Madhya Pradesh and senior BJP leader Uma Bharti has given a controversial statement about Sonia Gandhi, Rahul Gandhi and Priyanka Gandhi Vadra over their opposition to the Citizenship Amendment Act. Uma said that Jinnah is no longer here, but here are Rahul Jinnah and Priyanka Jinnah, who are spoiling the atmosphere and spreading fear about CAA among Muslims.

Uma Bharti took a dig at Sonia Gandhi, the interim president of the Congress, saying, "Did any of us ever say that Sonia Gandhi's father was a soldier in Mussolini's army?" He said that Sonia is married in our country and she is our daughter-in-law. We respect him wholeheartedly.

Citizenship Amendment Act: Let us tell you that earlier on Wednesday, Uma Bharti had said about the JNU violence that some thinkers in the country are like snakes which are very few but very poisonous. He had said that efforts are being made to poison the atmosphere, we have to fix some things and we are correcting them.


Tarun Gogoi: PM Narendra Modi has emerged as Hindu JinnahAssembly election 2020 announced in Delhi, voting on February 8 and results on 11