pushp news February 28, 2020
Let me tell you that apart from 'Ajay Devgan Hindi remake Tamil film Kaithi', Amit Sharma's film 'Maidaan' will also be seen. The poster of this film has been released and people are very fond of it. Bahubali fame will also star Ajay in SS Rajamouli's film RRR. 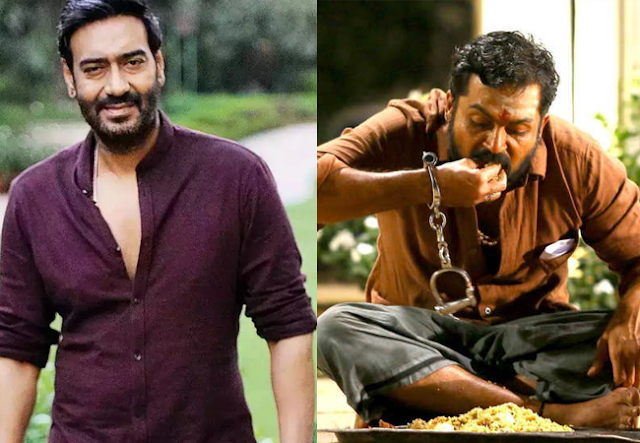 Bollywood star Ajay Devgn's previous film 'Tanhaji' has done wonders at the box office. The film has been consistently grossing and has become Ajay Devgn's biggest hit. Meanwhile, news has surfaced about his next film. Ajay Devgn will now be a part of the remake of a Tamil super hit film.

There was speculation in Bollywood for the past several days that Ajay Devgn might be a part of South's superhit film 'Kaithi'. Now Ajay Devgn himself has announced this and put an end to all kinds of speculation.


While giving this information on social media, Ajay Devgn said, "Yes, I am doing this film (remake of Kaithi)". Along with this, Ajay Devgn has also informed us that the film will be released on 12 February 2021.

It is clear that Ajay Devgn's blast in the industry through the film 'Tanhaji' in 2020, he wants to continue at the beginning of the new year. Kaithi was a big hit in the South. People gave a lot of love for this film. This is the reason why Ajay Devgn is also very happy to be a part of this film.

Ajay Devgn will also be seen in these films

Explain that apart from this film, Ajay Devgn is also going to appear in Amit Sharma's film Maidaan. The poster of this film has been released and people are very like it. Apart from this, he also has big films like 'Bhuj' and 'Chanakya' lined up.


Rashmi Desai accused Arhaan Khan of using her emotionally, saying- marriage and children were not known