Akshay Kumar furious at Twinkle Khanna's 'Cough Syrup' suggestion on Valentines Day, tweeted and said - I will use 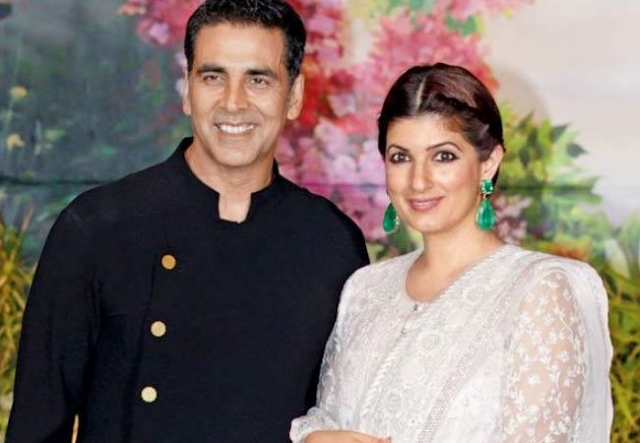 A Valentine’s gift for all women and it may or may not involve cough syrups:) Here is my guide on how to survive marriage without going to jail https://t.co/a4POlwUrzq @akshaykumar you do remember a disabled device? 😂 #ValentinesDay pic.twitter.com/Awf0C8vnCN
— Twinkle Khanna (@mrsfunnybones) February 14, 2020

Twinkle Khanna wrote in a tweet tagging her husband Akshay Kumar, "A Valentine's gift for all women. It may or may not include cough syrup." I have tips to avoid marriage without going to jail. Akshay, do you remember a disabled device?

While retweeting Twinkle's tweet, Akshay Kuman wrote with an angry emoji - and I was blaming them all for connecting my PA to the iPad. On your suggestion, I am now considering how to use it again. your suggestions.

And all this while I was blaming my PA for fidgeting with my iPad 😡 Now contemplating which method to use to get back. Your suggestions?https://t.co/4TqrO6WknX https://t.co/cRloISyjCJ
— Akshay Kumar (@akshaykumar) February 14, 2020

Twinkle Khanna has written an article titled 'How to Survive Marriage Without Going to Jail' on 'Tweak India'. In this article, the actress has told many interesting things about her married life with Akshay and has shared love moments. In his article, Twinkle has told how he changed the password of his iPad without telling Akshay. Akshay made several attempts to open the iPad but it did not open. In his tweet, Akshay Kumar has mooted the same thing and said to avenge it. This funny tweet of these two is becoming very viral on social media.

Let us tell you that this is not the first time that Akshay Kumar and Twinkle Khanna have pulled each other's legs on social media. Even earlier, this couple has opened deep secrets of each other by tweeting such a funny number of times.

David Dhawan will make 'Judwaa 3' with this star except for Salman Khan and Varun Dhawan!
Tags:
Entertainment