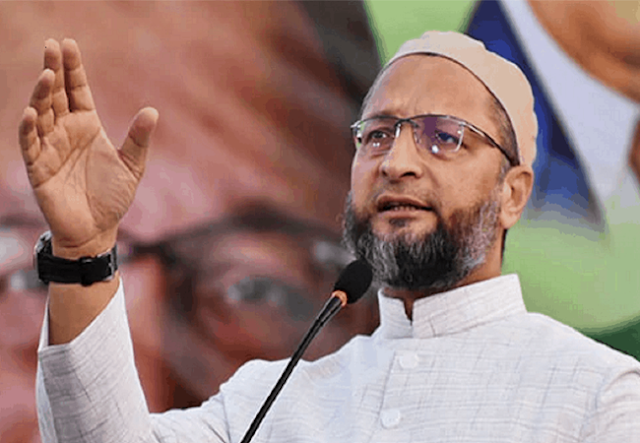 Prime Minister Narendra Modi on Sunday did leave Kashi Mahakal Express from Varanasi. This express train will travel to three Jyotirlingas of two states. A seat in this train has also been reserved for Lord Shiva. On this decision, MP from Hyderabad and AIMIM chief Asaduddin Owaisi has questioned and sent a tweet to the Prime Minister's Office.

In a photo shared in the ANI's tweet retweeted by Owaisi, an idol of Lord Shiva has been placed on a seat of Kashi Mahakal Express and Lord Shiva is also being worshiped in the berth. It is written in the tweet that seat number 64 of coach number B5 has been vacated for God. The Prime Minister of this train flagged off through video conferencing. Railways have launched the third IRCTC operated service. This train will go from Varanasi in Uttar Pradesh to Indore in Madhya Pradesh.

Deepak Kumar, the spokesperson for Northern Railway, said, "This is the first time that a seat has been reserved and empty for Lord Shiva." He said, "A temple has also been built on the seat so that people Be aware that this seat is for the Mahakal of Ujjain in Madhya Pradesh. " Kumar said that it is being considered to do so permanently.

The train, which runs three times a week between Varanasi and Indore, will play music with devotional sound and each coach will have two private guards and vegetarian food will be served to the passengers.