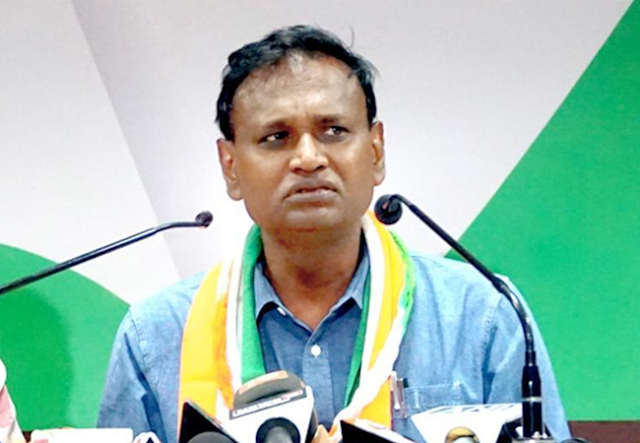 After Rahul Gandhi's statement on the Pulwama attack, Congress party leader Udit Raj has given a controversial statement. He has supported Rahul Gandhi's statement that there may be  Pulwama attacks before the elections in 2024. He also expressed apprehension that the Modi government bargained for the lives of 40 jawans to stay in power. Targeting the Udit Raj Center, he also cited the caste and class of the martyrs. He also went ahead of Rahul Gandhi by four steps and said that even before the next Lok Sabha elections, there could be a dastardly attack like Pulwama.


'Deal for life of 40 soldiers for power'

In Pulwama, he tweeted stating the government's hand, "Those who can get massacred in Gujarat to get power, they can also deal with the lives of 40 soldiers to retain power." For them, patriotism and nationalism are a tool to mislead people.

In another tweet, Udit Raj said, 'People propagating nationalism on social media are often upper caste and the soldiers who mainly lost their lives in the attack are from SC / ST / OBC communities. Marginalized communities have to pay the price of patriotism of the ruling upper castes.

Congress party leader Udit Raj said, 'Rahul Ji has questioned very well. The whole country should ask what is the truth in the Pulwama attack. When this happened on 14 February 2019, BJP workers started carrying out candle marches across the country. This is the work of the opposition. The party's job is to find out immediately. The BJP has taken over the work of both the opposition and the opposition and won the elections which Rahul Gandhi Ji has taken. We fully support it. There should be an investigation or else something like this will happen in this country even before 2024.