David Dhawan will make 'Judwaa 3' with this star except for Salman Khan and Varun Dhawan! 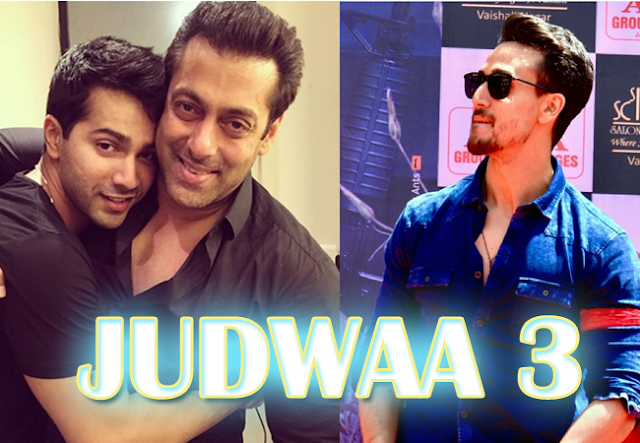 Judwaa 3: After making 'Judwaa 2' with his son Varun Dhawan, now David Dhawan is planning its third part. The film was produced by Sajid Nadiadwala. It is now reported that Nadiadwala and David Dhawan are busy preparing for 'Judwaa 3'.

But surprisingly, David Dhawan does not want to have his son Varun Dhawan in this film. Explain that 'Judwaa 2' was made by David along with Varun. According to reports, the film made in the budget of 65 crores, grossed more than 200 crores and remained a blockbuster. But now Sajid Nadiadwala wants to make this film with a new actor. That is why neither Varun nor Salman Khan will be seen in this film.

Will Tiger Shroff lead in 'Judwaa 3'?

'Judwaa 3' is the third part of Salman Khan's 1997 film 'Judwaa'. It was also produced by David Dhawan and produced by Sajid.

According to reports, the makers are planning to take on Tiger Shroff in 'Judwaa 3'. However, it is not confirmed yet. At the same time, there is talk of taking one of Sarah Ali Khan, Janhvi Kapoor and Ananya Pandey for the female lead. While the Disha patani can be signed for the second lead. However, until the official announcement is made, it is difficult to say anything.
Tags:
Entertainment