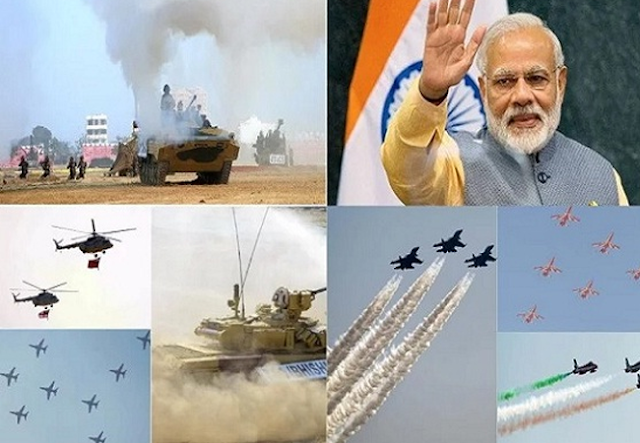 Defence Expo 2020: The four-day Defence Expo Uttar Pradesh State Capitol has started in Lucknow on Wednesday. Prime Minister Narendra Modi has duly inaugurated it. In this four-day conference of defence equipment traders, 1028 companies from over 70 countries are showcasing their products and technologies. These include 856 Indian and 172 foreign companies. Defence ministers of 39 countries are also attending this four-day event.

PM Narendra Modi said that the event is a big opportunity for the youth of India. Make in India will increase India's security. At the same time, new employment opportunities will also be created in the defence sector. This will also boost defence exports in the future.

PM Narendra Modi said that with Uttar Pradesh being the largest state, there is going to be a defence manufacturing hub in the coming time. This Defence Expo 2020 is the biggest event ever. Thanks to the Government of Uttar Pradesh and the Ministry of Defence for this.

Chief Minister Yogi Adityanath said that this event is very important for self-reliance in defence production and Make in India. This type of program is an opportunity to make the whole country aware of Senna's work. Uttar Pradesh has become a better destination due to better connectivity and law and order situation, Defence Expo 2020 has given new heights to those possibilities. During this time 23 MOUs are going to be held here with the Government of Uttar Pradesh.

Defence Minister Rajnath Singh said that such events will lead to a golden future for the development of a new India. We are fully capable of building our indigenous capacity. We are moving forward in making defence products through Make in India.

Defence Minister Rajnath Singh said at the inauguration ceremony that the Defence Expo organized in Lucknow is the result of the thinking of Prime Modi. This is quite special from the previous Defence Expo. Never done such an event before. It reflects the vision of a new India.

Defence Expo 2020: Minister of State for Defence Shripad Naik welcomed Prime Minister Narendra Modi and all the guests who attended the Defence Expo. During this time a sorted film focused on Aerospace Manufacturing Hub was demonstrated.
Tags:
News