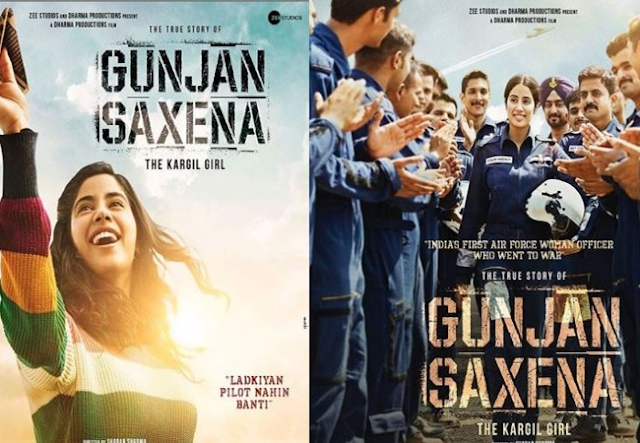 The release date of Bollywood actress Jahnavi Kapoor's upcoming film 'Gunjan Saxena: The Kargil Girl' has been revealed. Directed by Sharan Sharma and made under the banner of Zee Studios and Dharma Productions, the film will release on 24 April 2020. Pankaj Tripathi will also be seen in an important role in this film.

Let me tell you that this film is a biopic of Indian Airforce pilot Gunjan Saxena. She was one of the first female fighter pilots to enter the war zone in 1999. In this film, Jahnavi Kapoor will be seen warring wearing an Airforce uniform. According to the news, Janhvi has made a lot of changes in her looks for this film. Janhvi Kapoor had to increase her weight by 7-8 kg for the film. It was a bit tough for Janhvi as she is very fitness and diet conscious.

Who is Gunjan Saxena

Gunjan has the distinction of being the first fighter woman in India. He had saved the lives of many of his comrades without caring for his life in the 1999 Kargil war. Gunjan Saxena has also been awarded the Suryavir Award for his bravery.