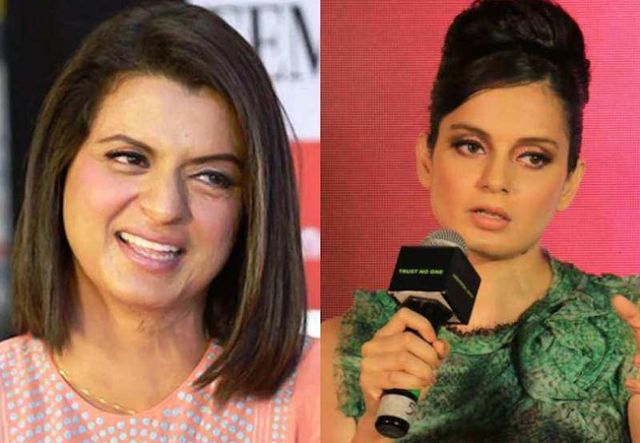 Rangoli Chandel, sister of film actress Kangana Ranaut, has named Deepika Padukone, Taapsee Pannu and Swara Bhaskar as members of Chiller Bollywood's 'pieces Gang'. It is a known fact that Rangoli does not hold back from speaking on actors she does not like.

Kangana Ranaut has made a list of movie mafias starting with Karan Johar which has now reached Deepika Padukone's. Deepika Padukone has become more trolled after her JNU visit. Rangoli has shared a viral meme on her Twitter. It includes Kangana's contemporary actresses like Deepika Padukone, Swara Bhaskar and Taapsee Pannu.

Deepika Padukone, Taapsee Pannu and Swara Bhaskar can be seen above in this picture, while Kangana's picture is below. The photo shows Deepika, Taapsee and Swara in a group, while Kangana, a lioness, is shown alone. In his comment, Rangoli said, "She agrees with this picture and all three are said to be part of the ' pieces Gang' of Chillar Bollywood and Kangana is alone enough for them." Jai Hind.

Also, read this  Trailer review of 'Bhoot The Haunted Ship'

Kangana Ranaut's recent film 'Panga' came out. The film features a kabaddi player who takes a break after becoming a mother, but she returns to the kabaddi arena.
Tags:
Entertainment