Leap Day 2020: Google created a special doodle on the occasion of Leap Day, know what is the reason behind it 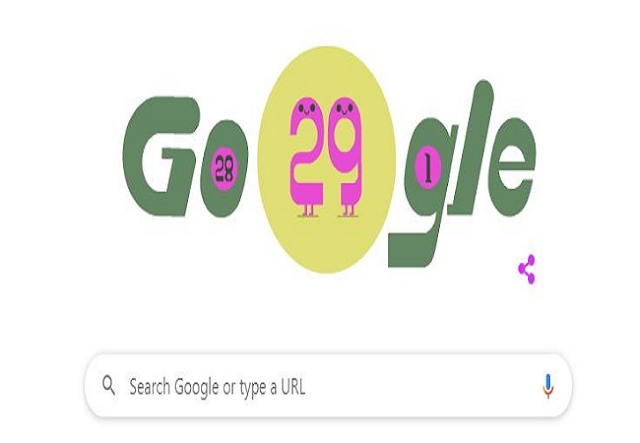 Leap Day 2020: The month of February is special in four years. On every special occasion, Google makes a doodle and celebrates it. This time too, on the occasion of Leap Day, he played the tradition of celebrating. At 29, she forced people to draw attention by making attractive doodles.

What are leap day and leap year?

Leap Day comes once every four years. February is the shortest month of the year due to leap day. The year that falls on leap day is called a leap year. Due to that special day, the number of days in a year becomes 366. It is generally believed that the earth travels the full circle of the sun in 365 days. But if we calculate it completely, the astronomical year of the Earth is 365.25 days. This means that the Earth can complete a round of sun in 365 days and 6 hours. Next time will be in the leap year 2024. Whereas the last leap year was in 2016.

Happy #LeapDay
Here’s a reminder to jump up with joy this day. 🌏🌞#GoogleDoodle

What is the reason for celebrating the leap year and Leap day?

There is a special reason behind celebrating leap year every 4 years. If the leap year is not observed once in 4 years, then every year the world will move 6 hours ahead of the cycle time of the solar system. Due to which meteorologists will not be able to get an accurate idea of ​​the changes in the weather and solar system. Apart from this, some beliefs are also associated with Leap Day. It is said that the beginning of the leap year was two thousand years ago by the Roman ruler Julius Caesar. The Julian calendar started in its name. There is also a belief that people born on the day of Leap Day are called 'Leaplings'. He gets a chance to celebrate his birthday only once in four years.