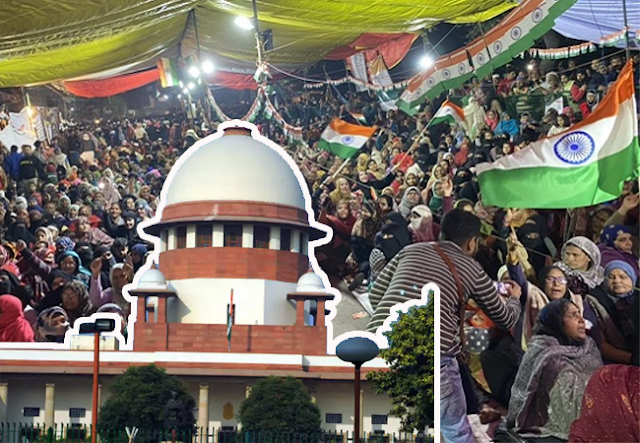 The Supreme Court has postponed the hearing of the Shaheen Bagh case till February 17. While hearing the protests against the Citizenship Amendment Act (CAA) in Shaheen Bagh for the last two months, no interim order is given but so much commented that no public place can be jammed for demonstration. The next hearing of the case will now be held in the court on 17 February.

the supreme court on shaheen bagh

A bench of Justices SK Kaul and MK Joseph said that the protest was being held in a public place for 58 days. Resist but public space should not be used for this. Justice SK Kaul remarked that the road cannot be jammed for demonstrations. The court has sent a notice to the Central Government, Delhi Police, and Delhi Government asking them to reply in this matter within a week.

Shaheen Bagh Case: In the previous hearing, a bench of Justice SK Kaul and Justice KM Joseph had said, "We understand that there is a problem and we have to see how to resolve it." The bench asked the petitioners to come prepared to debate on Monday why the matter should not be sent back to the Delhi High Court.