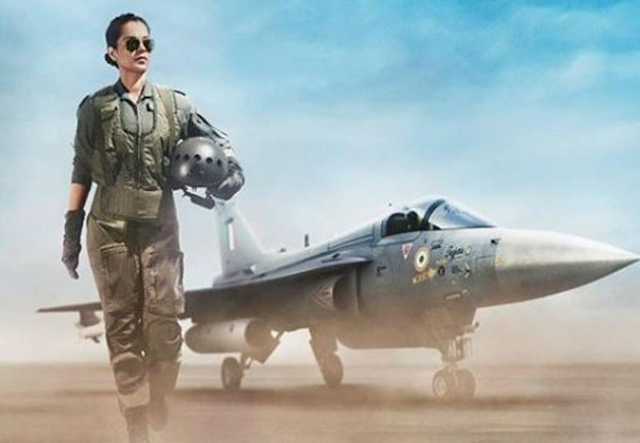 Tejas first look: The first look of actress Kangana Ranaut's upcoming film 'Tejas' has come out. In this film, Kangana will be seen in the role of Airforce pilot for the first time. The film is being directed by Sarvesh Mewada and Ronnie Screwvala will produce it. There is no information about when this film will be released. However, Kangana is very excited about the film. The shooting of the film will start in July.

Now talking about the first look of the film 'Tejas', you can see that Kangana Ranaut looks like an Air Force Pilot in the photo. She is seen full of confidence and enthusiasm with a helmet in her hands. A jet fighter is seen behind him in the photo.

Kangana Ranaut's team has shared their first look from the film(Kangana Ranaut's upcoming film 'Tejas') on Instagram. While sharing the photo, the caption says that for all the brave hearts and strong women in the uniform who give up day and night for our country. Now Kangana will also be seen playing the role of Airforce pilot in her next film Tejas.

Let me tell you that Kangana's film Panga was released recently. But the film proved to be a failure at the box office. Kangana appeared in the role of a kabaddi player in this film. During the promotion of the film Panga, Kangana revealed about her upcoming film 'Tejas'. Not only this, She said in his statement that she had an attachment with the Air Force since childhood. She always wanted to play a military character.


For all the brave hearted and strong headed women in Uniform who make sacrifices for our nation day in and day out .... Kangana to play an airforce pilot in her next , titled - #TEJAS . . #KanganaRanaut @team_kangana_ranaut #RonnieScrewvala @sarveshmewara @nonabains @rsvpmovies
A post shared by Kangana Ranaut (@team_kangana_ranaut) on Feb 16, 2020 at 7:35pm PST


Kangana Ranaut's upcoming film 'Tejas':  Please tell me that the shooting of this film in Kangana Ranaut will start in July. Kangna will also take special training for this film. Directors Professional Trainer hired for Kangana's training.

David Dhawan will make 'Judwaa 3' with this star except for Salman Khan and Varun Dhawan!
Tags:
Entertainment