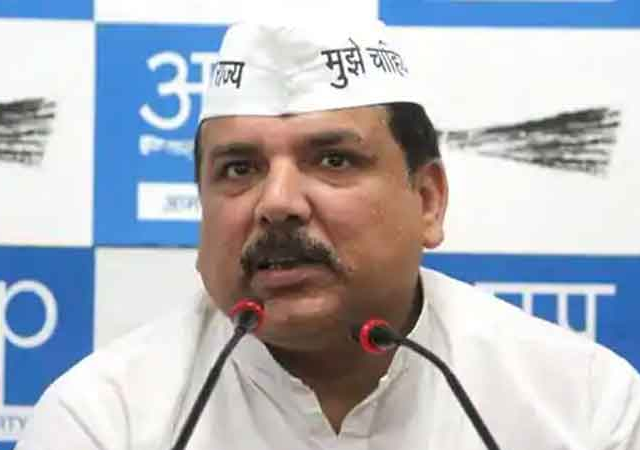 The AAP MP alleged that for the first time in the history of 70 years, the Election Commission is not ready to give the percentage of voting. It means something is cooking somewhere, there is some black in the pulses. There is a game going on inside. Because it is very common to say the percentage of the vote.

On the other hand, Delhi Chief Minister Arvind Kejriwal tweeted, 'It is shocking. What is the Election Commission doing? Why have they not released the voting figures even after several hours of voting?

Absolutely shocking. What is EC doing? Why are they not releasing poll turnout figures, several hours after polling? https://t.co/ko1m5YqlSx
— Arvind Kejriwal (@ArvindKejriwal) February 9, 2020

At the same time, Delhi state president of BJP Manoj Tiwari said after exit polls said that all these will be proved wrong. He had said that EVMs should not be blamed if the actual results are reversed from the exit poll.

Due to the Corona virus, three and a half thousand people imprisoned in the ship
Tags:
News