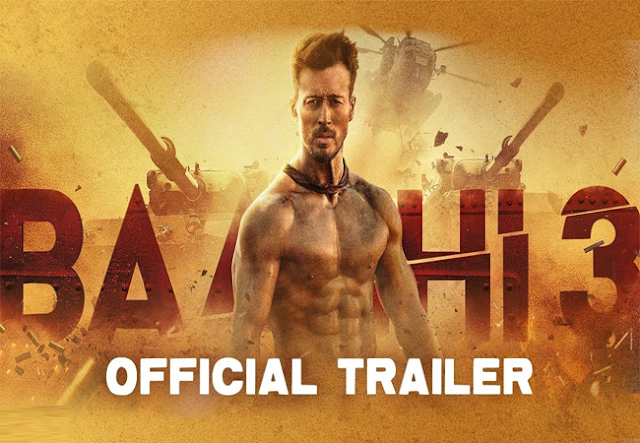 Baaghi 3 Trailer: After winning the hearts of the fans with 2 installments of 'Baaghi', the makers are bringing 'Baaghi 3'. Seeing the teaser poster of the film, a lot of curiosity has already been awakened by people. Now the makers have also released its trailer. As Tiger tweeted, the trailer is a bang.

In the trailer, you will see action, fight, love, and all the elements. Tiger's body and action scenes are visual treats, along with Shraddha Kapoor will be seen remixing some desi abuses with beeps, which you will enjoy listening to.

Baaghi 3 review: The trailer begins with a dialogue from Tiger that gives you a hint of the film's story. Tiger says, "People cross boundaries in a relationship, I had a relationship for which I crossed borders."

The film shows Tiger Shroff(Ronnie) and Ritesh (Vikram) having an unbreakable bond. Ronnie loves his brother Vikram very much and even if he gets scratched, he is unable to tolerate it.


Everything is going fine in the meantime, Vikram goes to Syria for some work where Where villain Abu Jalal's men beat and kidnap Vikram. On the video call, Ronnie sees all this and to save his brother, he crosses the border and reaches to wreak havoc across the country.

The 'Baaghi 3' trailer features some of Tiger's most action-packed scenes that will make your hair stand out. Jamil Khoury seems quite conversant in the film's role of Villain. Trains, tanks, and helicopters have been used in the action and fight scenes of the film, giving a very warlike feel. By the way, bonus points are found in Tiger's body and their flexibility, which you will not be able to live without praising them.

The film is made in Sajid Nadiadwala production and is directed by Ahmed Khan. 'Baaghi 3' is releasing on 6 March 2020.
Tags:
Entertainment