Trailer review of 'Bhoot The Haunted Ship': Did you feel scared along with Vicky Kaushal? 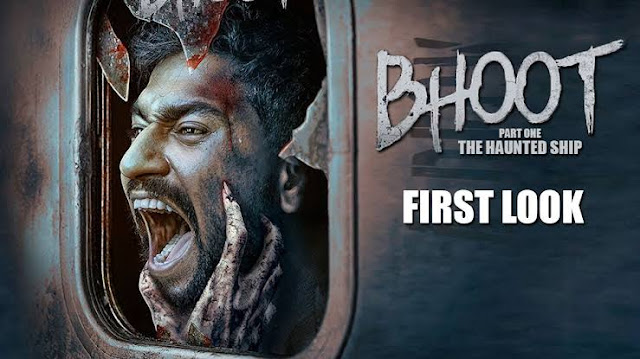 The trailer of Vicky Kaushal starrer film "Bhoot The Haunted Ship" has been released, whose glimpses can scare you deep inside. This story is about a haunted ship, which stands on a Jin Akhukar Juhu beach and is there anyone else with Vicky skills on this dead ship ... dare to see?

Let us know that for the first time filmmaker Karan Johar is venturing into the horror genre from this film. Recently the teaser of the film was released, in which Vicky was seen flashing from a dark place. This view was intimidating and now the trailer is so dangerous that if you are watching it alone at night, then you might also be afraid to roll your neck. In this trailer too, it has been said that you also blink your eyes at your own risk.

No one on this dead ship

The 2-minute 52-second trailer(Bhoot The Haunted Ship) starts with a dead ship, which is being told that due to bad weather she has reached Juhu Beach and not a single man on this ship. Prithvi i.e. Vicky Kaushal is a survey officer, who arrives on this ship to investigate, but there is something that changes his life and then it starts, the Hide and seek between Vicky and the ghost.

Bhoot The Haunted Ship Review: Sometimes a scary doll appears in front of Vicky Kaushal and sometimes a ghost is seen moving on the wall behind her. A couple also arrives on this ship and then the same happens to the girl, which can be expected from this ghost. Eventually, there is a lot of conflict between Vicky and this soul, but will Vicky be able to overcome this soul in this entire battle? The fans are eagerly awaiting the release of the film. The film is going to be released on February 20 this month.
Tags:
Entertainment