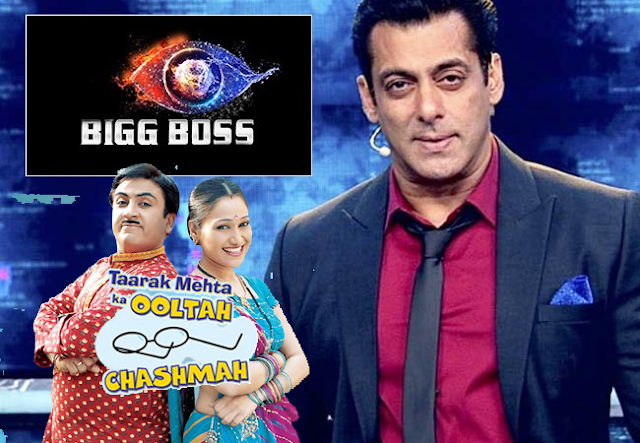 TRP List: The prediction of any TV serial being a hit or not is often gauged from its TRP. TRP Rank, released every week, talks about the performance of the serial. In this way, Broadcast Audience Research Council (BARC) has released the ratings for the fourth week of 2020 and this time the show ranked Bigg Boss remains on the top and Tarak Mehta Ka Ooltah Chashmah is also ahead of Bigg Boss.

Which show is number one
Ekta Kapoor's serial 'Kundali Bhagya' continues to top TRP. The show remains at number one on the TRP chart and Kundali Bhagya has been ranked top for a long time. This time, Bigg Boss is in the fifth position and above it is 'Tarak Mehta Ka Ooltah Chashmah', which is in the fourth position. Recently, Bigg Boss rank had fallen in some rankings, but right now Bigg Boss is doing well in the rank list.

Also, read this Vicky Kaushal speaks about the affair with Katrina Kaif - love is the best feeling

What is special this time

This time, the new show 'Naati Pinki Ki Long Story', which started on Colors Channel, has made a place in the TRP chart and has made it to the top 20. Starting on January 27, the show is at number 15. At the same time, TV serial 'Jadoo Hai Jinn Ka' has slipped down the TRP chart. The show was previously at number ninth. At the same time, now the show has moved to number one.

Also, read this   David Dhawan will make 'Judwaa 3' with this star except for Salman Khan and Varun Dhawan!
Tags:
News TV