After Jyotiraditya Scindia joins BJP, Know what will happen further in Madhya Pradesh? 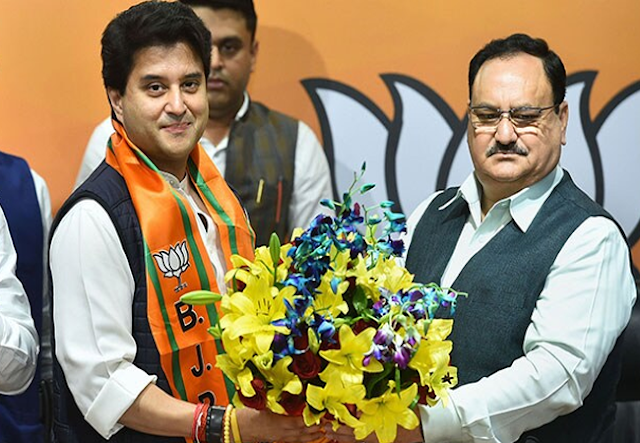 22 pro-Scindia MLAs of Madhya Pradesh have resigned. Now the ball is in the court of Assembly Speaker NP Prajapati who is the leader of Congress. According to the rules, if a member has resigned, it is necessary to be satisfied with the Speaker of the Assembly. If they are satisfied, they can accept it. If the speaker feels that the legislators have been forced to pressurize them, they can talk to the member. Also, you can ask that member to appear before you. It is only after the speaker is satisfied that the resignation can be carried forward to the next action. Speakers have done this in Karnataka. Given the current situation, it is unlikely that speakers will accept resignation so easily.

Jyotiraditya Scindia joins BJP: According to the rules of the Constitution, the Speaker of the Legislative Assembly cannot declare disqualified members for a full term. Earlier, the Speaker of the Legislative Assembly in Karnataka declared the rebel MLAs who had resigned were disqualified forever. The entire case went to the Supreme Court. The court had accepted the disqualification of the MLAs but allowed them to contest the by-elections.

Not yet a direct role of Governor, the decision will be made in the budget

Kamal Nath Government: The Governor has no direct role in the present state of Madhya Pradesh. However, the budget session starts in Madhya Pradesh from 16 March. The budget session can decide the future of this government. This may test the majority of the Kamal Nath government. If the government fails to pass the budget, then its fall will be decided. Governor Lalji Tandon has said that he is keeping his eye on this whole matter.

Madhya Pradesh political crisis: If more than half of the total members of the Madhya Pradesh Legislative Assembly resigned at 230, the ball would go to the Governor's court. It will be up to the discretion of the Governor to dissolve the House and recommend a mid-term election or by-election for vacant seats. It is believed that the BJP will focus on the by-elections, while the Congress will focus on the mid-term elections.

Political Crisis in Madhya Pradesh: In Madhya Pradesh, 22 of the 114 Congress MLAs have so far resigned. If the Speaker accepts them, then the number of members in the Assembly will reach 206. At the same time, the number of Congress will reach 92 after the resignation of these MLAs. On the other hand, the number of BJP MLAs is 107. In this, some MLAs have kept rebel stance. There are four independents, two BSP, one SP MLA. They are all supporting Congress. If their support remains, the Congress will reach 99. If you talk about the Rajya Sabha elections, then 52 votes will be required to win one seat. In the present situation, BJP can easily win two seats. The Congress will need 5 votes to win the second seat.

Jyotiraditya Scindia will join BJP in a while, likely to be Rajya Sabha candidate


Stay away from rumors related to Coronavirus, say namaste instead of shaking hands: PM Modi

If your money is also stuck in Yes Bank, then know these 4 big things

Shahrukh told Delhi Police why he was firing during the Delhi violence.
Tags:
News