Randeep Hooda is going to get married? Preparation to take girlfriend Lin Lashram to Haryana 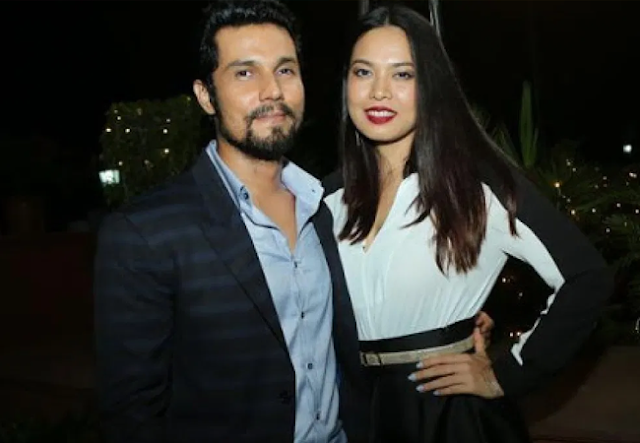 Randeep Hooda relationship lin laishram: After separating from Sushmita Sen, Randeep Hooda finds his love and has been associated with model Lin Lashram for a long time. However, till now both of them have not said anything openly about their relationship, public appearance and love-love. According to reports, the actor is preparing to take this relationship to the next level.

It is being said that Randeep Hooda is going to take Lin to Haryana to introduce his parents so that their marriage can move forward. Before introducing her parents, Randeep has also introduced Lin to his sister Anjali Hooda.

Let us know that the two have been with each other since the year 2016 and their relationship has become very strong with time. If you have not heard about Lin Lashram yet, then tell that she is a Manipur model and a national level archer. Apart from this, she has also appeared in Priyanka Chopra starrer 'Mary Kom', Saif Ali Khan and Shahid and Kangana's film 'Rangoon'. Currently, Lin is associated with Naseeruddin Shah's Theaters company.


"Love is all a matter of timing, it's no good meeting the right person too soon or too late" - Wong kar wai #inthemoodforlove Courtesy @poornimabaljeet #weekendthoughts #linlaishramonelife
A post shared by Lin Laishram (@linlaishram) on Nov 10, 2017 at 4:55am PST

Let us know that earlier Randeep had been in a relationship with Sushmita Sen for 3 years. According to the reports, Sushmita and Randeep dated each other from 2004-2006 and then suddenly both decided to stay apart from each other. Randeep debuted with Mira Nair's 'Monsoon Wedding'.

Talking about the Workfront, Randeep Hooda was last seen in Imtiaz Ali's latest film 'Love Aaj Kal', in which he appeared in a cameo. The film featured Sara Ali Khan and Karthik Aryan in the lead roles. The film received mixed reviews from audiences and critics. Now Randeep will be seen in Salman Khan's film 'Radhey: Your Most Wanted Bhai'. Jackie Shroff and Gautam Gulati are also seen in lead roles in this film.


Yami Gautam insulted Gamosa culture, said actress - what she did was self-defense

Will Deepika Padukone be seen opposite Hrithik Roshan in 'Krrish 4'? The actress told the whole thing

Farhan Akhtar and I are desperate to make a gangster film: Zoya Akhtar
Tags:
Entertainment